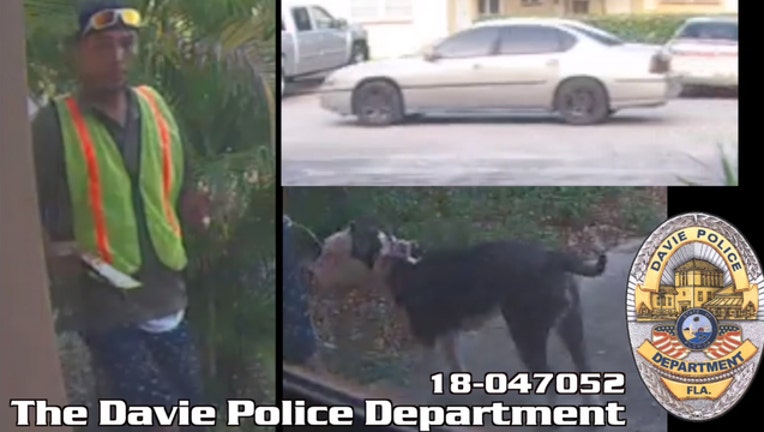 DAVIE, Fla. (FOX 13) - Police in Davie, Florida are searching for a suspect who broke into a home and stole someone's pet dog.

Police say the man was spotted on surveillance video driving slowly past the home in a gold Chevrolet Impala on August 7, stopping, then removing mail from the victim's mailbox. On August 9, police say the same driver was seen burglarizing the residence and stealing the victim's pet dog, Stella.

Stella is an 8-month-old black and white female pit bull weighing about 83 pounds.

According to police, she has a mole on the left side of her nose, a blue/grey left eye and a blue/white right eye.

Police describe the suspect as a thin male with his hair tied in a "man bun." He is seen on surveillance video  wearing fluorescent yellow and orange safety vest, a black hat and sunglasses, along with blue and white shorts.