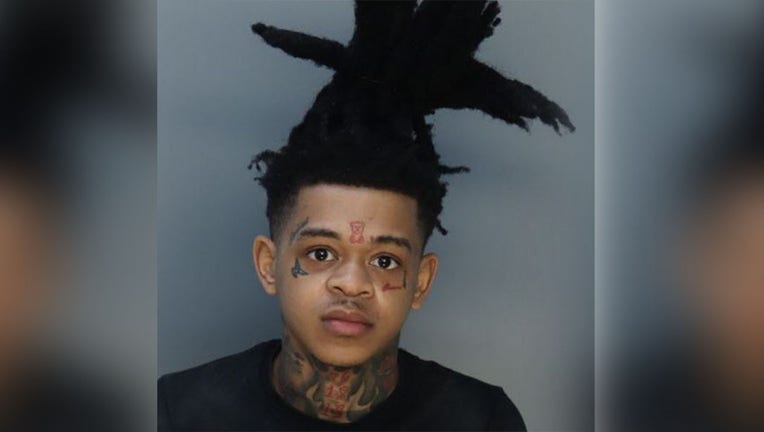 MIAMI - A Florida rapper was arrested by police this weekend after a jet ski chase in Miami. Nehemiah Harden, also known as "SpotemGottem," was arrested after an officer spotted a black and orange Seadoo jet ski in a restricted zone with posted signs, according to a Miami Police arrest affidavit obtained by FOX Television Stations Tuesday.

The 19-year-old allegedly started doing "S" type turns near anchored boats, according to the arrest report. An officer attempted to get the rapper’s attention to conduct a traffic stop, but Harden allegedly looked at the officer and sped off on the jet ski swerving through anchored boats and swimmers near the area.

The officer tried to stop Harden using lights and sirens, but the entertainer refused to stop and continued to ride away, per the report.

Harden was eventually stopped and arrested by Miami Police.  The Jacksonville native was booked Sunday night on several charges, including eluding law enforcement and reckless operation of a boat, according to booking information FOX Television Stations obtained from the Miami- Dade Corrections & Rehabilitation Department.

Miami Police wrote in their arrest report that Harden had "a willful and wanton disregard for the safety of others and property (boats) at a speed or in a manner as to endanger himself or others."

Harden will appear in court before a judge Tuesday, law enforcement officials offered.  The rapper is best known for his 2020 hit single "Beat Box."