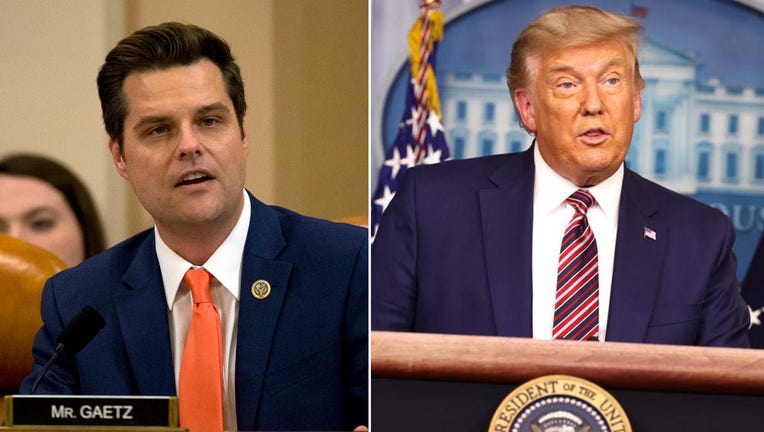 PENSACOLA, Fla. - Florida Congressman Matt Gaetz said President Donald Trump should pardon himself and others in his administration before leaving office to prevent the “radical left” from prosecuting them.

The Panhandle Republican and close Trump ally said Tuesday on Fox News’ “The Ingraham Angle” that the president should protect his staff from what he thinks would be unjust prosecutions.

Some Democrats have called on the incoming Biden administration to investigate Trump and other members of his administration for possible crimes such as conspiring with the Russians during the 2016 campaign, illegal campaign contributions and obstruction of justice.

RELATED: Biden-Harris ticket surpasses 80M votes — the most in US history

He then added that “the radical left (has) a blood lust that will only be quenched if they come after the people who worked so hard to animate the Trump administration with the policies and the vigor and the effectiveness that delivered for the American people.”

Gaetz, 38, was just reelected to a third term in his heavily Republican district.