The 2022 Florida Legislative Session begins on Tuesday and there are a number of priorities set aside by lawmakers that range from finalizing political districts and election fraud to pay raises for law enforcement and abortion.

TALLAHASSEE, Fla. - After high-profile disputes in various parts of the country about shuttering churches during the COVID-19 pandemic, the Florida Senate is poised to take up a proposal that would help prevent closures of religious institutions during future emergencies.

The Senate Rules Committee on Thursday voted 13-1 to support a measure (SB 254) intended to shield in-person religious services from being shut down because of emergency orders.

Brodeur added that the proposal wouldn’t preclude religious leaders from acting on their own to conduct services virtually. With Thursday’s committee vote, the bill is ready for consideration by the full Senate.

Sen. Bobby Powell, a West Palm Beach Democrat who voted against the bill, said the state has a responsibility to protect people.

"There were a number of times that religious institutions decided to gather and the result of that caused many people their lives," Powell said. "That being said, we're stewards of the state. We do have a responsibility to always kind of move the state forward. In essence, a religious institution being within the state of Florida, thus authorizing them to buck the system by ignoring emergency orders, is not what I think we're here to do." 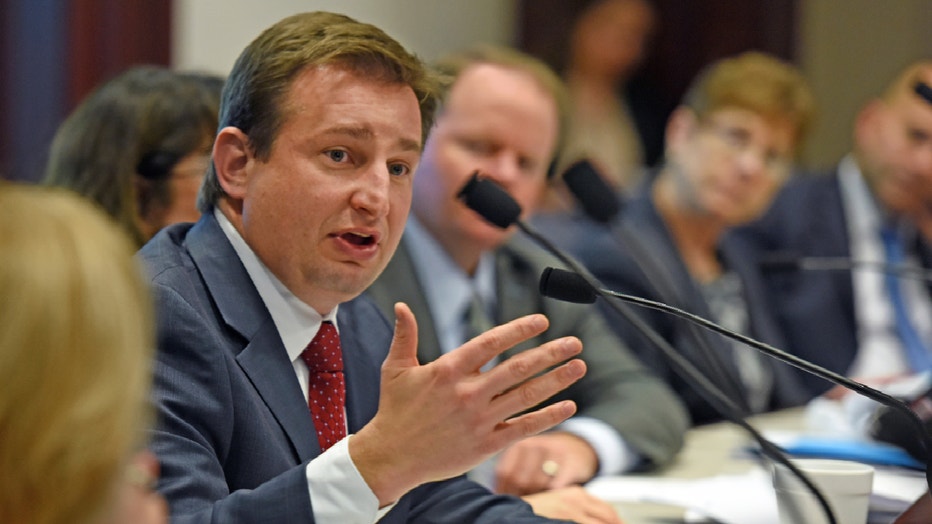 When pressed by Sen. Audrey Gibson, D-Jacksonville, about whether the measure would prevent religious leaders from requiring congregants to produce vaccination cards or wear masks to attend services, Brodeur replied, "They're free to ask that. I don't know that they can legally require that."

Gov. Ron DeSantis declared a state of emergency on March 9, 2020, as the pandemic began to hit the state. Among the more than 50 supplemental coronavirus-related executive orders that DeSantis issued, one provided that certain essential businesses and establishments could operate at reduced capacities, including churches, synagogues and other houses of worship.

The exemption came shortly after the pastor of a Tampa megachurch was arrested for holding two in-person church services in violation of a Hillsborough County ordinance prohibiting gatherings of more than 10 people. The charges were eventually dropped.

A Senate staff analysis noted that by May 2020, when then-President Donald Trump called for the reopening of religious institutions, more than 90 percent of the institutions were estimated to have been closed to in-person worship.