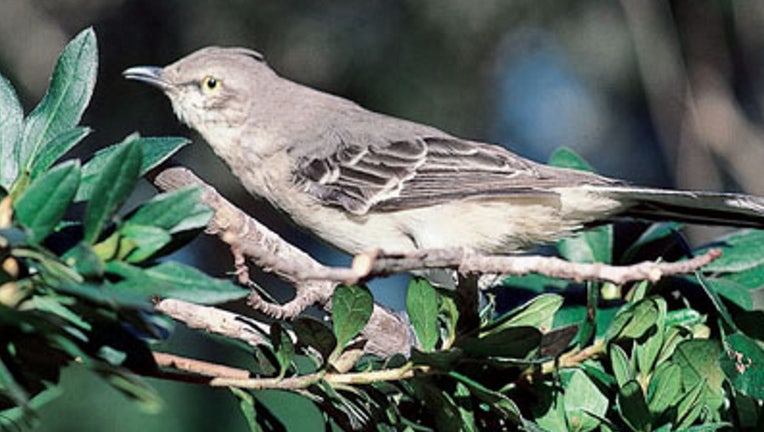 ST. PETERSBURG, Fla. - After nearly a century on its lofty perch, the northern mockingbird may be singing its last melodies as the state bird of Florida.

An effort is taking flight to replace the far-ranging musical mockingbird with a bird that is more identifiable as distinctly Floridian.

"Part of what we’re working to do is highlight that Florida has these incredible species and we should recognize the bird that most represents Florida," said state Sen. Jeff Brandes, a St. Petersburg Republican whose legislation would strip the mockingbird of its title. "To me, it's a fun conversation to have."

Suggestions for a new state bird are all over the map, but four main contenders have emerged: the Florida scrub jay, flamingo, osprey and roseate spoonbill. The white ibis, swallow-tailed kite and wood stork also get mentioned. Some joke it should be the construction crane.

RELATED: More elephants evolving to be tuskless after years of poaching, researchers say

The gray-and-white mockingbird, celebrated in literature and music, has been Florida's state bird since 1927, when the state was much more agricultural and less populated on the coasts. It may not be quite as representative of today's bustling, modern Florida — and four other states also call it the state bird.

But it has supporters, including Marion Hammer, the lobbyist in Florida for the National Rifle Association and executive director of the Unified Sportsmen of Florida. She wrote in a recent opinion piece that the mockingbird deserves our continued love.

The mockingbird can sing up to 200 different tunes and mimic artificial sounds like car alarms. Its Latin name translates to "many-tongued thrush."

"The mockingbird is a well-established, independent, prolific bird that doesn’t need government protection or our tax dollars to survive," Hammer wrote. "It can be seen, watched, studied and enjoyed by children and adults on any given day in all areas of Florida."

RELATED: Elder gorilla takes over caring for baby born at Ohio zoo after mom 'did not show appropriate maternal care' 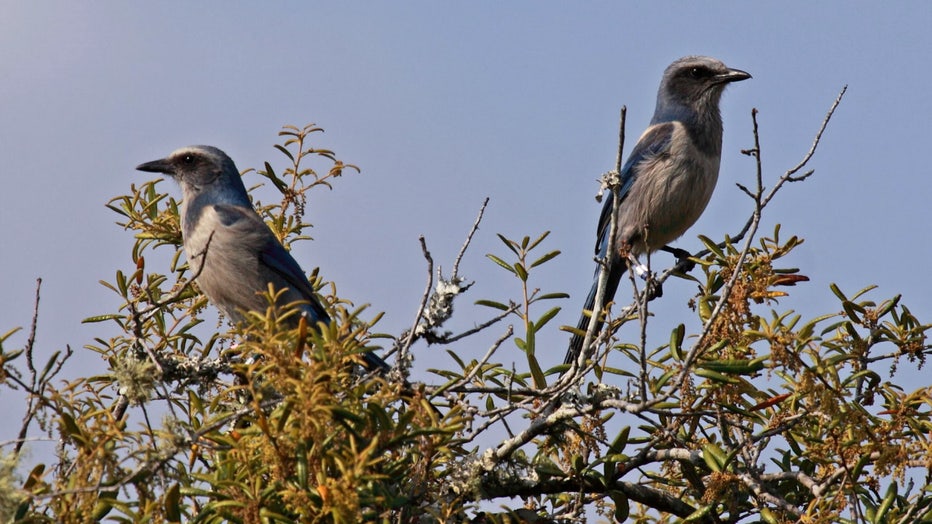 The same cannot be said of the Florida scrub jay, described by the Cornell Lab of Ornithology as the sole bird species found only in Florida. Trouble is, there are only about 4,000 of them concentrated in central Florida and the federal government lists them as threatened.

Brandes did not suggest a mockingbird replacement in his legislation. But separate bills in the state House and Senate would elevate the blue-headed scrub jay to the honorary post.

One of those bills is sponsored by Sen. Tina Polsky, a Boca Raton Democrat. She argued in a recent editorial that the scrub jay "represents the hard-working, family-oriented nature of our residents."

"Friendly, cooperative, family-oriented, bold, curious, talented builder, protective, shares chores, stays close to home — does this sound like someone you would want to represent your community?" Polsky wrote. 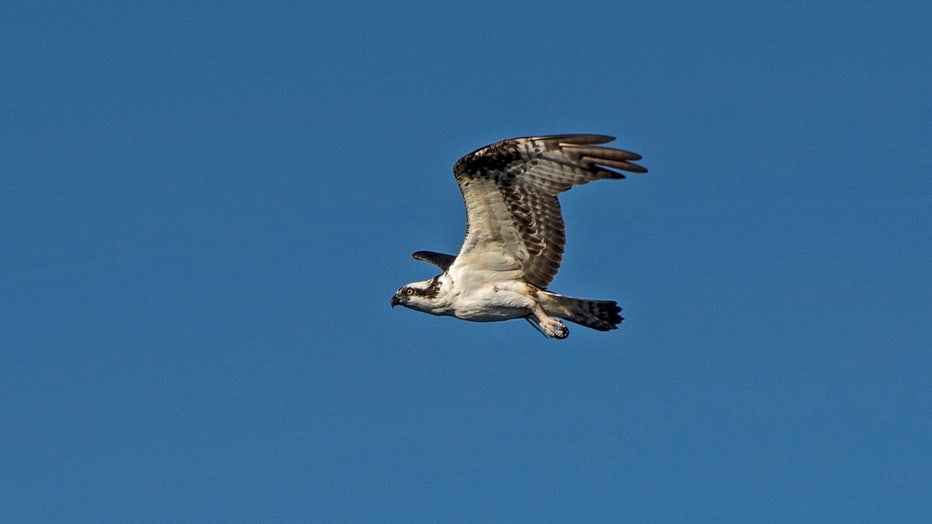 Not to be left out, the Florida Fish and Wildlife Conservation Commission voted in early October to support naming the fish-preying osprey to represent the state. The commission did the same thing in 2009, after a poll of 77,000 school students resulted in a victory for the large raptor commonly seen building big nests or roosting on light poles near bodies of water.

"That doesn’t necessarily mean that that’s the way it’s going to go, if you know the Legislature," said commission chair Rodney Barreto. "But at least we can put a marker down." 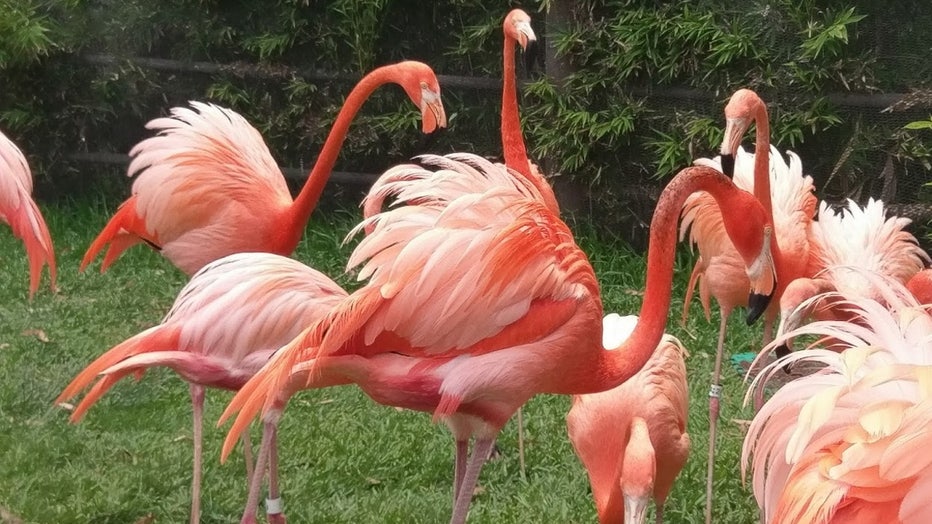 That changed in recent years when researchers proved flamingos are native to the Sunshine State but were mercilessly hunted to near extinction in the early 20th century. They have since rebounded, bolstered by captive flocks like the one at the Hialeah horse track, but exist mainly in the Everglades, the Florida Keys and around Biscayne Bay in Miami.

The roseate spoonbill, like the flamingo a large, pink wading bird, is more widespread in the state and is not listed as threatened. They have unique rounded bills used for scooping food in shallow waters and usually live near shorelines or on islands.

To Julie Wraithmell, executive director of Audubon Florida, any debate about Florida birds is a good thing — especially if it raises consciousness about what's needed to protect them such as habitat conservation, water quality improvements and Everglades restoration. 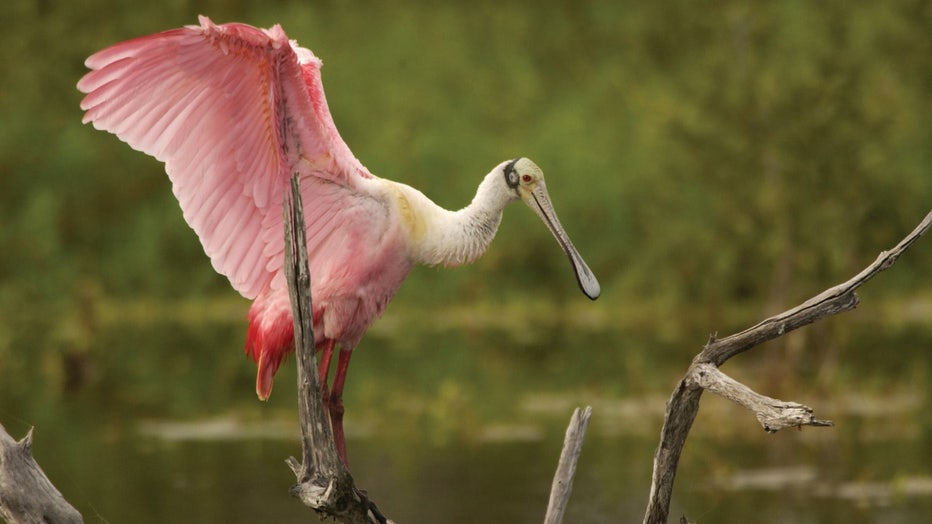 "Being the state bird doesn’t confer any protection on the bird. We just get excited when people are talking about it and acknowledge how integral birds are to our quality of life in Florida," Wraithmell said. "We’re hoping that through these conversations, people will want to get more involved."

The future of the mockingbird will likely be debated during the 2022 Florida legislative session that begins Jan. 11.

There is precedent for states switching their honorary state animals, including birds: In 1948, South Carolina shifted from the mockingbird to the Carolina thrush. Brandes said it's time for Florida to also find a new feathered friend.

"Why does the northern mockingbird make sense in the southernmost state?" he said. "I think it’s a bird that doesn’t make sense for Florida."