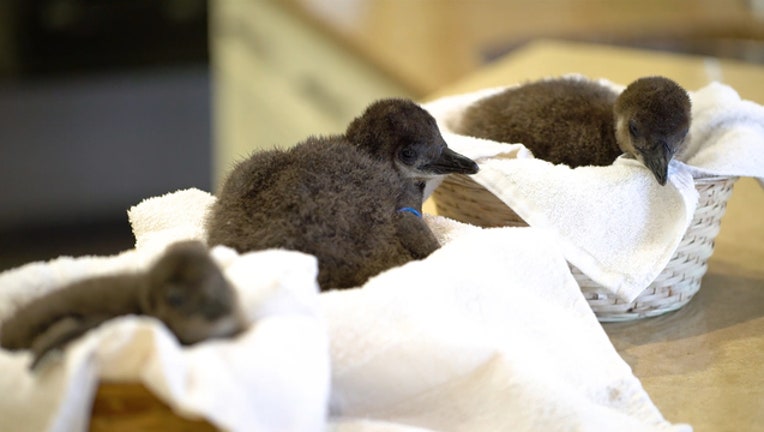 The baby chicks were recently born at the theme park, ranging from two to four weeks old. Busch Gardens' officials said it is the largest group of penguin chicks that has ever hatched at the park.

Officials explain that at this stage of their development, the chicks are expected to eat 60 percent of their body weight each day to ensure proper growth. They are currently under 24-hour supervision by the animal care team.

Guests can see the family on Saturday, October 13 as part of Busch Gardens’ African Penguin Awareness Day celebration. They will appear between 10 a.m. and 2 p.m. at the Animal Care Center.