Hop between trees at this aerial adventure park

TreeHoppers in Dade City is where you can zip line and travel between trees -- high above the ground.

DADE CITY, Fla. - There is a place in the mostly-flat Sunshine State where you don’t need to climb trees, you can fly between them.

TreeHoppers is an aerial adventure park based in Dade City, Florida, which first opened in 2015. Basically, there are courses – ranging from easy to difficult – where you can get harnessed up, get up in the trees, and travel from platform-to-platform on various elements.

There’s a suspended swinging bridge, a swinging log, a rope bridge, or even a zip line where you travel back-and-forth between platforms or from one to the other.
If it’s your first time, you can come and do a practice course. For those who are afraid of heights, this is a way to face that fear.

“I, myself, am not the biggest fan of heights especially when I’m not the one in control, but, you know, you just kind of get on it…get settled and then you go,” said Winston McDaniel, a spokesperson. “The safety aspect is incredibly safe. Our clip system pretty much means you’re always locked into a line -- and that line goes throughout the entire course. So, even if you were to fall off an element, it’ll catch you right away. You’re not going anywhere.” 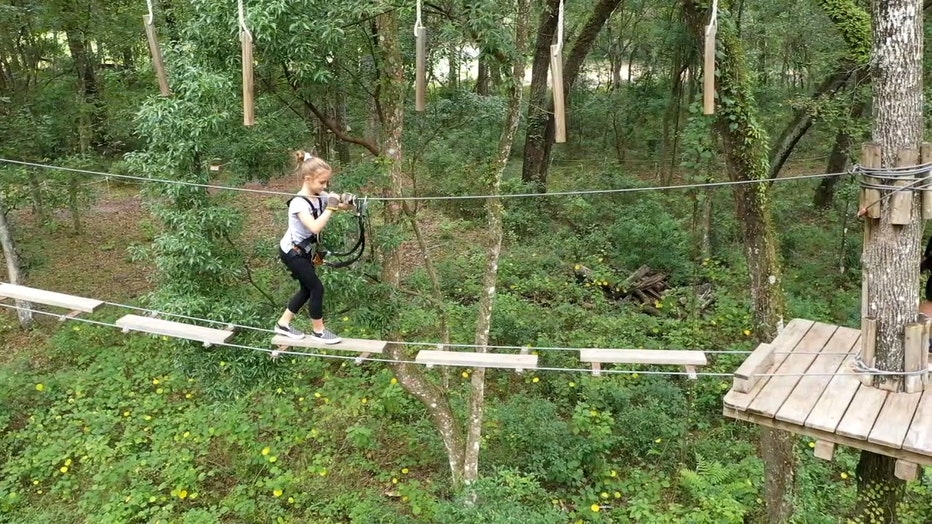 The creative team behind the courses are climbing connoisseurs themselves. They wanted to create a fun, but challenging park.

There are harder courses for those who like a challenge.

“The harder courses aren’t easy,” McDaniel said. “Even the most physically fit people can fail. I think it’s a 30-percent success rate. It’s ranging from easy to really hard.”

There are age restrictions for the main course, but there is a “Little Lemur’s Course” for those between the ages of 1 and 6.

LINK: Additional information can be found on the TreeHoppers website. 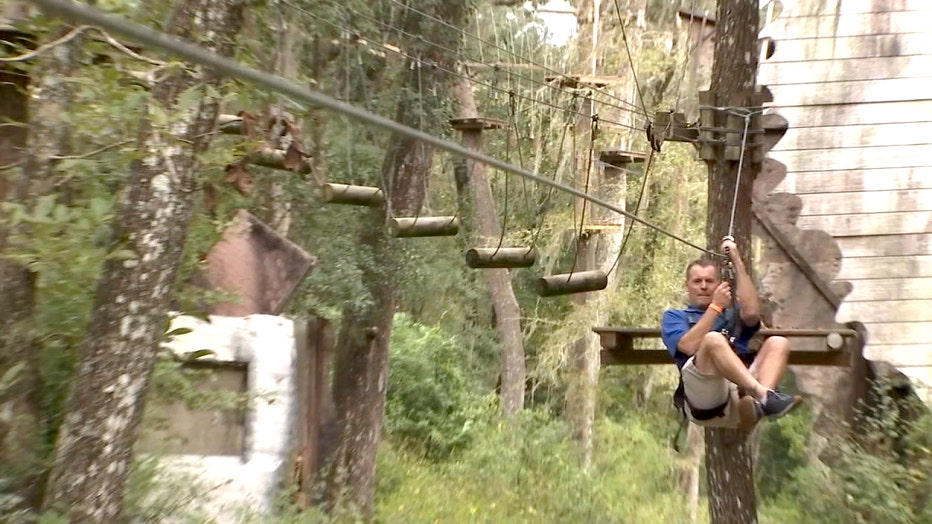