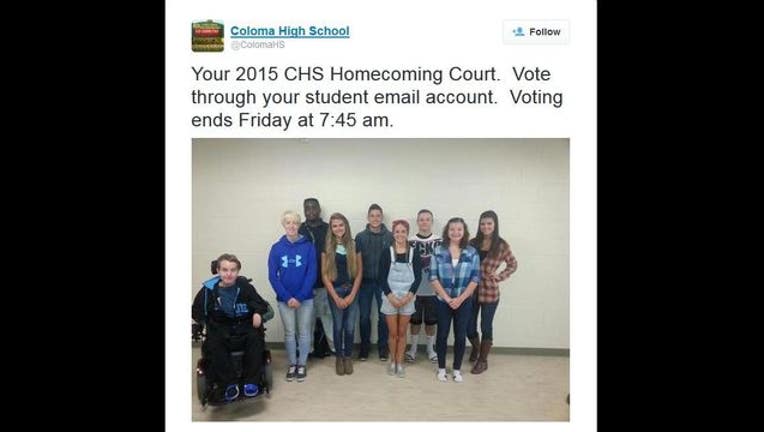 The player is Coloma High School senior Sabrina Bell. She's a reserve receiver and defensive back on the varsity football team. She's also a trumpet player and soloist in the marching band. And just to round out her achievements for the year, and commitments for last Friday nights game, she's now the 2015 Homecoming Queen.

In an interview with The Herald Palladium, Bell said "All my friends wanted a football player to win it because they thought it would be funny, and it is funny, and everybody thinks it's pretty cool."

Bells parents told the paper she started playing football when she was 7. The newly crowned queen competed with the boys through several years of youth football programs, continued on through high school and even started as a offensive and defensive linewoman through junior varsity. It's only been this year, as a varsity player, that she's been on the second string.

Oh Bell also competes on Coloma's softball and bowling teams in the offseason. Talk about a girl who can do it all!

*Sabrina Ball is pictured 2nd from the left