TAMPA, Fla. - The chances of a tropical or sub-tropical development off the east coast of Florida remains at 70% as of Thursday morning, and the Atlantic hurricane season could have its first named storm of 2020 as early as this weekend.

However, even if it becomes "Arthur," it will head out to sea, but not before bringing a shower or two to the Tampa Bay region, says FOX 13's meteorologist Dave Osterberg.

Off the coast of the Carolinas there is a big area of high pressure, creating a clockwise wind pattern. To the south of the Keys, tropical moisture is being pulled in. At the same time, there's an area of low pressure that's going to develop that will give a counter-clockwise swirl. 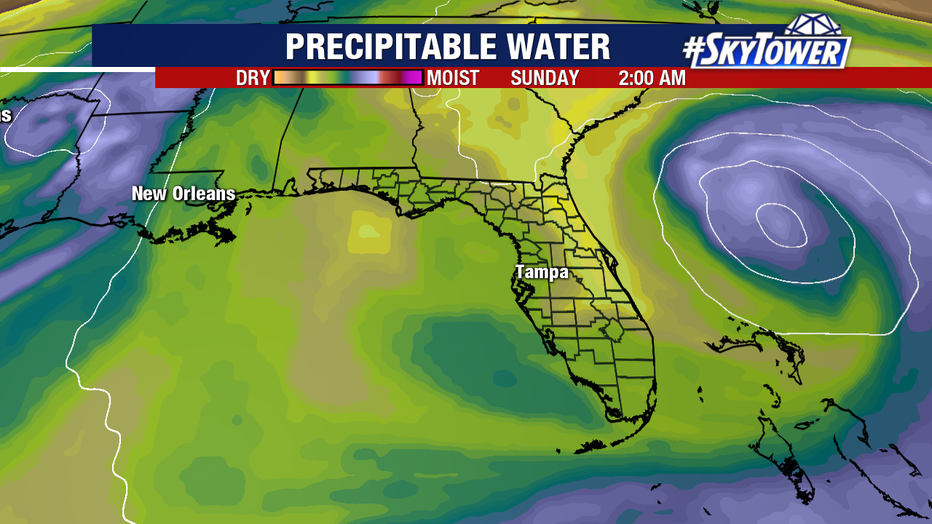 In the meantime, the National Hurricane Center predicts that area of low pressure will develop in a couple of days near or just north of the Bahamas. There is a 70% chance it will develop within the next five days.

"Whether that becomes purely tropical in nature, meaning the winds are strongest around the center, or subtropical where the winds are spread out. I don’t' know the answer to that question," Osterberg said.  "I don't know that it will make a big difference in our forecast because once it gets to the east of us, guess what's going to happen? It's going to drag in the drier air again." 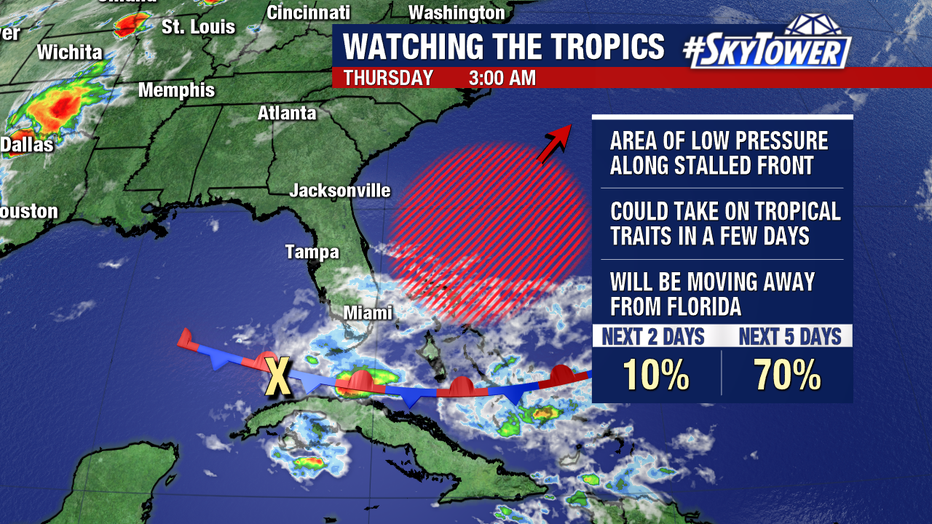 There may be a shower or two on Friday, but that's about it, he added.

"That area of low pressure moves away from the state and doesn't cause anything significant to go on here," Osterberg explained.

According to FOX 13's chief meteorologist Paul Dellegatto, tropical storms have formed in every month outside of hurricane season, and there have been a few hurricanes too.

He said there have been seven named storms in May over the past decade, including two in 2012: Alberto and Beryl.