TAMPA, Fla. - A former employee for the Crisis Center of Tampa Bay was arrested for sending "obscene content" to a teen girl he met through the crisis hotline, Hillsborough County Sheriff's Office deputies said.

Christopher Augusto Laracuente Cotto, 32, was a call taker who was employed at the Crisis Center of Tampa Bay for about two months, deputies said. HCSO officials confirmed the teen called the Crisis Center's 211 hotline during a crisis on March 28.

"I cannot think of anything more despicable than taking advantage of a child during their time of crisis," Hillsborough County Sheriff Chad Chronister said. "This individual abused his power, violated the trust of the victim, and equally as important, he violated the trust of his employer, a well-respected non-profit organization that helps tens of thousands of people in need every year."

Investigators said the 211 hotline is designed for those who are struggling with thoughts of depression, suicide or other mental health issues to speak with an intervention specialist. The hotline is open 24 hours a day, seven days a week.

READ: ‘He was going to kill that cop’: Sheriff wants man accused of shooting at 2 officers to get life in prison

Deputies said the girl provided her contact information and was told someone would call her back. The teen received a phone call on a recorded line from a man who identified himself as a Crisis Center of Tampa Bay employee, according to the sheriff's office.

She spoke with the man for more than an hour, and then received a call back less than an hour later from a restricted number, investigators said. She recognized the voice as the same counselor, who identified himself as "William," whom she spoke to earlier. 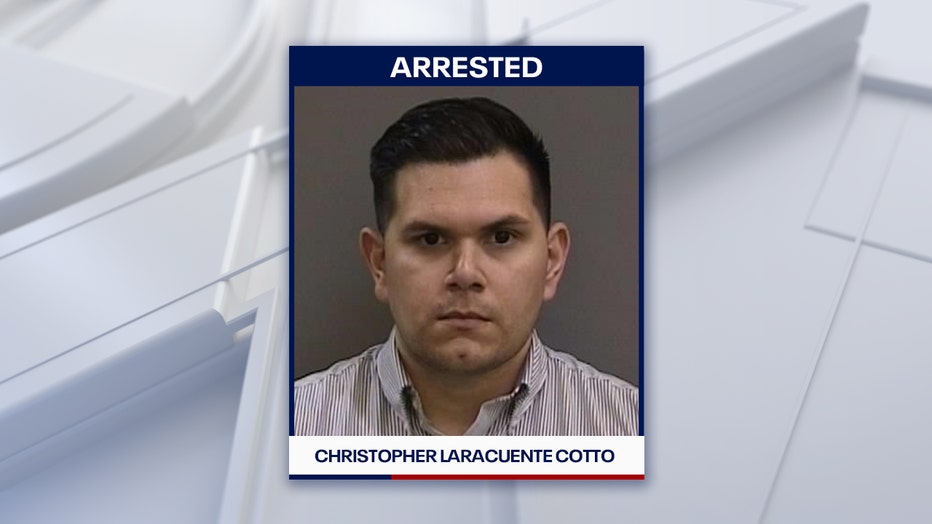 He called the teen multiple times throughout the day, claiming to check on her, Hillsborough County deputies said. The suspect asked for the victim's Instagram username, which she gave to him, and he followed her on the platform, officials confirmed.

The suspect continued calling and talking to the teen through direct messages on Instagram, and he sent her explicit photos and videos and asked her for nude photographs of herself, deputies said. She did not give him nude photos, according to HCSO officials.

Laracuente Cotto confessed and detectives also got a subpoena for his cell phone, which confirmed the details shared by the victim, HCSO said. The former Crisis Center employee was arrested for transmitting harmful material to a minor and unlawfully using a two-way communication device, according to investigators.

He was fired from the Crisis Center of Tampa Bay, deputies said. Anyone who thinks they may have been a victim or has additional information related to the case can call HCSO at 813-247-8200. To remain anonymous, call CrimeStoppers of Tampa Bay at 1-800-873-TIPS (8477).