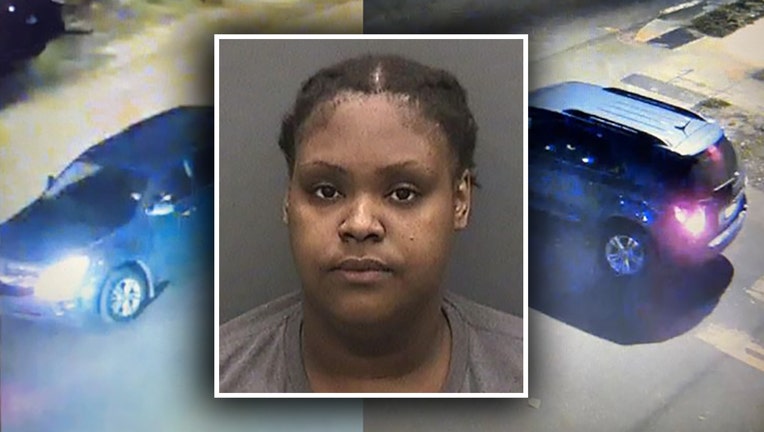 TAMPA, Fla. - A 14-year-old girl has died from her injuries, days after deputies said she was struck by a former Florida Department of Children and Families employee who fled the scene of the crash.

The Hillsborough County Sheriff's Office said the victim was walking home with her friends when she crossed the street and was struck by 24-year-old Nakeeba Ryan's vehicle on Jan. 30.

The unidentified teen was taken to Tampa General Hospital with severe head trauma. HCSO released an update on Feb. 10, saying the victim died from her injuries on Feb. 4.

Deputies said security cameras showed Ryan exiting her SUV after the crash to check the vehicle. She then got back in and left without rendering aid or calling 911, according to the sheriff's office.

"We will never know if this young life could have been saved had Nakeeba Ryan remained at the scene and called for help immediately instead of driving away," Sheriff Chad Chronister said in a statement. "Fleeing from a crash is not only cruel, but it is also a guaranteed way to face charges, even if you were not at fault. Under no circumstances should a driver leave the scene of an accident."

Ryan's charge has been upgraded to leaving the scene of a crash with death, a first-degree felony.

The Department of Children and Families said Ryan was immediately terminated from her position in their customer call center following the crash.

"To be clear, Ms. Ryan’s alleged behavior is not reflective of the high standards we expect and demand from DCF employees," the department said in a statement. "We take all instances of employee malfeasance seriously, especially those that harm the vulnerable populations we serve every day, and therefore, Ms. Ryan’s employment was immediately terminated."