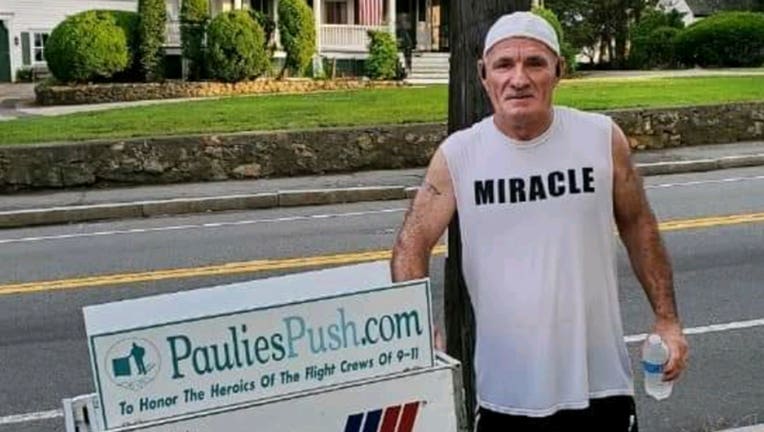 Veneto told Fox News that he wants to honor the crew members because "they were the first first responders of 9/11." (Courtesy of Paul Veneto)

However, he won’t just be walking. Veneto, a former flight attendant from Braintree, Massachusetts, will be pushing a beverage cart the entire way to honor his colleagues who died 20 years ago in the September 11 attacks.

"They were heroes," Veneto told Fox News. "They were the first, first responders of 9/11 … and they should be recognized as that."

The inspiration for the journey, which Veneto is calling Paulie’s Push, just came from "common sense," he said.

"I'm not going to walk to New York – people walk, people run … what do flight attendants do?" Veneto said. "Everyone knows what a flight attendant does, they push a beverage cart down the aisle." 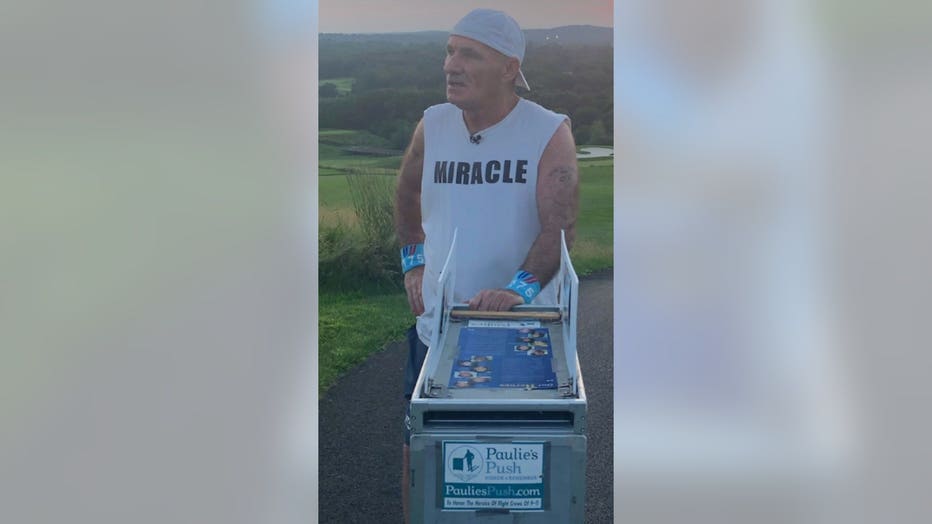 Paul "Paulie" Veneto, 62, will be pushing a beverage cart from Boston’s Logan International Airport to Ground Zero in New York City to honor the flight attendants and crew members who died in the September 11 attacks 20 years ago. (Courtesy of Paul V

The cart Veneto is pushing has the American Airlines and United Airlines flight numbers on the sides, with photos of the crew members and flight attendants on the top, so "I’m looking at them every day," he said.

Veneto was a United Airlines flight attendant around the time of the attacks and even worked on Flight 175. He said he knew many of the crew members who died.

"Every anniversary that came up, I thought about them," Veneto said.

"Those crew members, they rallied together under extraordinary conditions," Veneto said. "That was America."

After 9/11, Veneto said he struggled for many years with an opiate addiction, finally getting sober in 2015, according to his website. However, he told Fox that he doesn’t want his recovery journey to "overshadow" the main purpose of his walk from Boston to New York.

"I'm just so grateful that I was able to turn my life around … And now I'm able to do what I'm doing," he said.

Veneto said he’s glad he can draw attention to the heroism of the flight attendants after "what we’ve all been through," with the coronavirus pandemic and political tensions of the last year-and-a-half.

"It's not about any of that stuff," he said. "Right now, it's, [let's] recognize these guys. And hopefully, the rest of us can all get along."