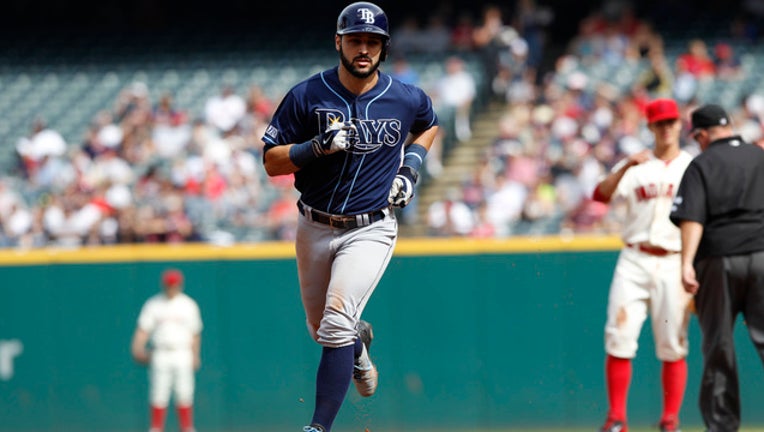 Sean Rodriguez #1 of the Tampa Bay Rays rounds the bases after hitting a home run against the Cleveland Indians during the second inning of their game on September 28, 2014 at Progressive Field in Cleveland. (Photo by David Maxwell/Getty Images)

MIAMI (AP/FOX 13) - Former Tampa Bay Rays player Sean Rodriguez and his family are recovering after a crash that left one man dead over the weekend.

His wife Giselle and their two young children were in the car at the time of the incident.

The unidentified suspect was killed in the crash.

Rodriguez was not hurt, but the other members of his family were hospitalized. Rodriguez's wife was listed in fair condition Sunday and the 2-year-old and 8-year-old children were in serious but stable condition.

Rodriguez signed with the Braves in November after two seasons with the Pittsburgh Pirates. Previously, he spent five years with the Tampa Bay Rays.

The Braves confirmed Rodriguez's involvement in the crash in a statement on Twitter.