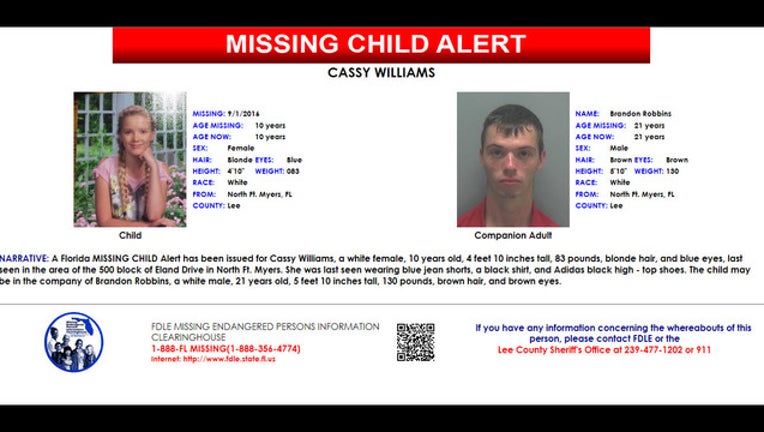 NORTH FT. MYERS (FOX 13) - A Florida Missing Child Alert issued just after midnight Friday for a 10-year-old girl from North Ft. Myers was canceled and the case had been resolved, according to law enforcement.

Previously, Cassie Williams was last seen in the area of the 500 block of Eland Drive in North Ft. Myers.

Cassie Williams may be with 21-year-old Brandon Robbins, a white male, 5' 10" tall, and weighs about 130 pounds. He has brown hair and brown eyes.

Anyone with information on the whereabouts of 10-year-old Cassie Williams or 21-year-old Brandon Robbins is asked to contact the Lee County Sheriff's Office at 239-477-1202 or 911.