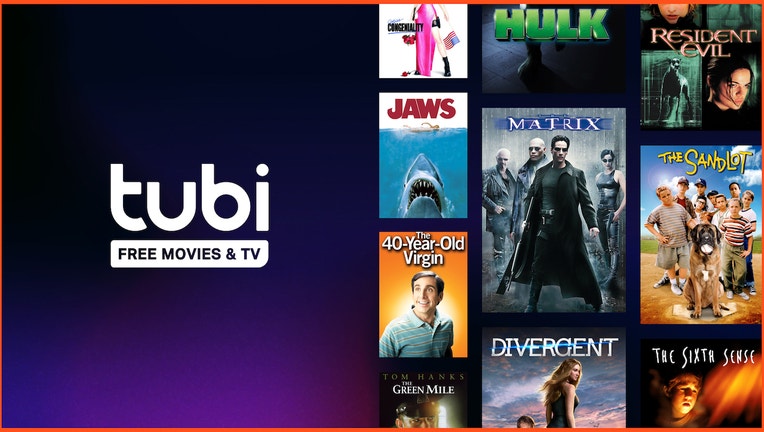 Chicago - Need something new to watch this month? Tubi has you covered. The free streaming platform is celebrating summer movie season in a big way this July with classics like "Jaws" and "The Matrix" (and the franchises that followed both blockbusters). There’s also the "Divergent" series, along with summer comedies and blockbusters like "The Sandlot"and "Hulk." Plus Tubi is debuting four new original features that touch on everything from aliens to penguins to BMX glory.

So whether you want to get haunted by "Insidious," fall in love with Tom Hanks and Meg Ryan in "Sleepless in Seattle"or box with Jake Gyllenhaal in "Southpaw," there’s something for everyone on Tubi. Check out a preview of Tubi’s four new originals below and then find a full list of new arrivals, broken down by genre.

Aliens, Abductions and UFOS: Roswell at 75 (streaming July 6): "What does our government really know about "unidentified aerial phenomena?" On the 75th anniversary of the alleged UFO crash outside of Roswell, New Mexico, comes the Tubi two-hour documentary special "Aliens, Abductions and UFOS: Roswell at 75." We’ll explore why Americans first became obsessed with little green men, the truth behind the notoriously secret Area 51, and proof of alien existence, guided by first-person interviews from the eyewitnesses, abductees and scientific experts leading the exploration today – all to make you believe: we are not alone."

Eradication (streaming July 15): "When an unknown disease wipes out most of the world’s population, a man with unique blood is isolated for study. Fearing for his wife’s safety, he breaks his quarantine - into a world overrun by monstrous Infected and a shadowy agency hunting them down."

Love and Penguins (streaming July 20): ""Love and Penguins" follows Tilly Monterey, a manager for a non-profit animal rights organization, who travels to Australia to assist a penguin sanctuary in dire need of financial assistance. Working alongside Fletcher Grant, the compassionate head zoologist Tilly learns that once you open your heart and stretch your wings, you may just find the one you want to waddle through life with."

Riding with Sugar (streaming July 29): "A young refugee embarks on a quest for BMX glory and the pursuit of identity, safety, happiness and love."

SPOTLIGHT: The late, great Michael Clarke Duncan earned an Oscar nomination for his supporting turn in "The Green Mile."

SPOTLIGHT: The A24 documentary "Amy" shines a light on the life of Amy Winehouse (streaming July 26).

"Daddy Day Camp"
"Rock Dog"
"The Indian in the Cupboard"

SPOTLIGHT: George Clooney and Jennifer Lopez have smoking hot chemistry in "Out of Sight," as do Ryan Goslingand Emma Stone in "Crazy, Stupid, Love."

SPOTLIGHT: Yes, "The Matrix" is a sci-fi masterpiece, but its unfairly maligned sequels "The Matrix Reloaded" and "The Matrix Revolutions" deserve a second look too.

Kickstart your Tubi binge with "The Freak Brothers"

The Freak Brothers (2021): Smoke 'em if you got 'em! Pete Davidson, Woody Harrelson and John Goodman lead the voice cast of this adult animated stoner comedy based on Gilbert Shelton’s cult classic comic, "The Fabulous Furry Freak Brothers." The series follows three 1960s hippie stoners who smoke a magical strain of weed, only to fall into a 50-year slumber and wake up in the 2020s. While time (and weed culture) may have changed, the Freak Brothers are just as mellow as ever. "The Freak Brothers" is a Tubi Original. Rated TV-MA. One season, 8 episodes. Also featuring the voices of Tiffany Haddish, La La Anthony, Adam Devine, Blake Anderson.