Take a trip back in time and explore more than 100 years of Gasparilla at the Henry B. Plant Museum.

TAMPA, Fla. - Gasparilla season is here, and for the land lovers and uninitiated, the Henry Plant Museum offers a look back in time to learn the history of Tampa's premiere pirate event.

"It is a fantastic exhibit all about the history of Tampa's most popular community festival," explained Lindsay Huban, member manager at the Henry Plant Museum. "Gasparilla started in 1904 as a May Day celebration, some of the leading citizens invaded on horseback, they didn't actually have a boat yet."

The museum is packed with the loot and luxury from parades past as the displays feature gowns from the 1920s, pirate costumes and even the very first queen's crown.

"While you're here in the exhibit you're going to see photographs of the very first Gasparilla coronation celebration which took place in this building which was the Tampa Bay Hotel at the time," shared Huban.

Other photographs dating back to the 1930s and 40s show packed streets and the Hillsborough River filled with boats all helping the pirates invade Tampa. It proves Tampa’s boat parade history goes back decades. 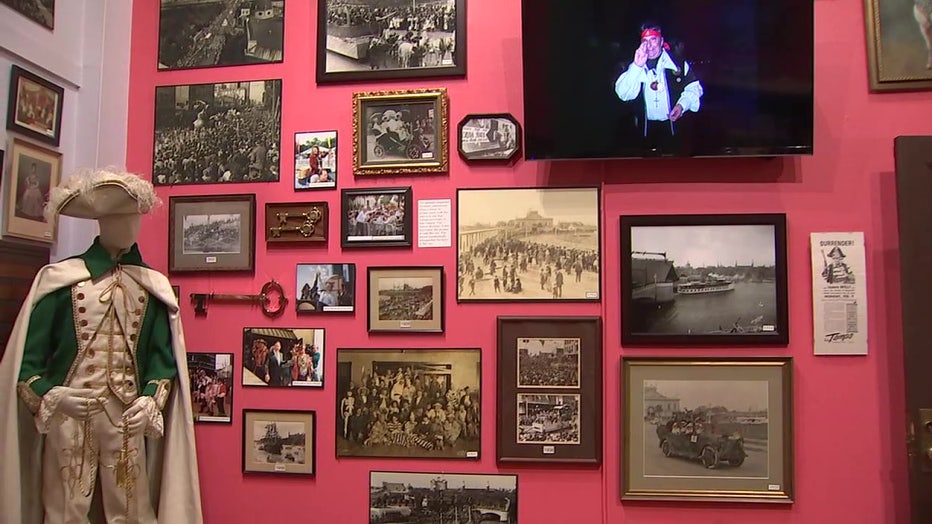 "I think people would be surprised to understand just how much history there is of Gasparilla, it didn't just become a big thing over the last few years," stated Huban.

"Throughout the 115 plus years of Gasparilla you see the gowns changing, there is always a bunch of rhinestones, you see the pirates change from bloodthirsty to more friendly and you can see all of that evolution in the exhibit," said Huban.

2022 Children’s Gasparilla: What you need to know

After a year off, little pirates will be invading the shores of Tampa Bay.

RELATED: 2022 Children’s Gasparilla: What you need to know

One of the highlights of this exhibit is the pair of gowns designed by Ann Lowe from the 1920s.

"Ann Lowe was the first internationally recognized black fashion designer, and these are two of the earliest works that still exist that were created by her," shared Huban. "They are from 1924 and 1926 when she was a seamstress here in Tampa."

Lowe went on to open a stand-alone fashion store in New York City and designed dresses for the entire wedding party of Jacqueline Bouvier when she married then-Senator John F. Kennedy in 1953. 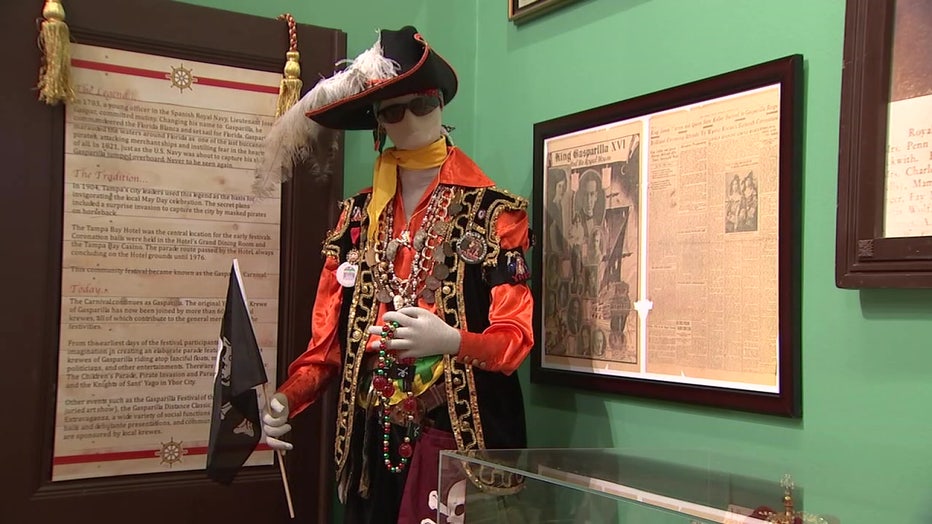 That's just one example of the renowned history on display in this exhibit.

"Gasparilla is quintessential Tampa, I mean, you can't have one without the other," explained Huban, "They're so tied together, what started as a small one-day festival has grown into the music festival and the art festival and the parades. It's just a fantastic event! There's something for everyone throughout Gasparilla season."

Visitors wanting to explore the uncharted waters of Gasparilla can do so as this exhibit runs until February 28.