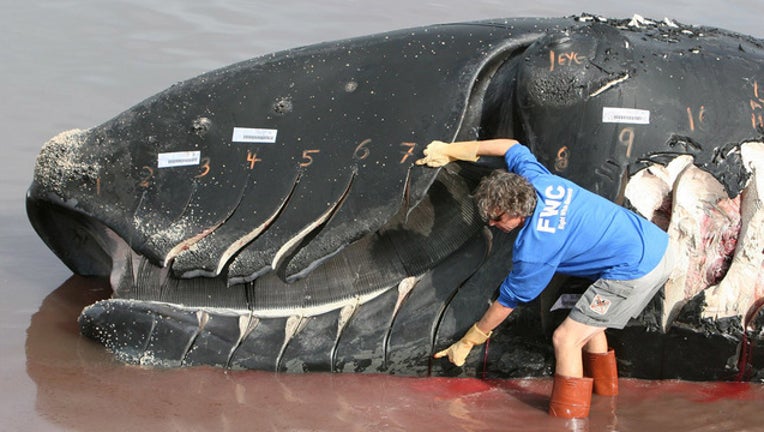 An FWC biologist is seen examining propellor cuts on the head of a deceased 2-year-old North Atlantic right whale, which died after a vessel collision. Photo was taken by FWC in December 2006.

TAMPA, Fla. (FOX 13) - The North Atlantic right whale is an endangered species struggling to survive, and humans are not helping their case, state wildlife experts said.

The Florida Fish and Wildlife Conservation Commission were part of a multi-agency team that recently completed a review of North Atlantic right whale deaths between 2003 and 2018. The team included a group of 18 veterinarians, biologists and pathologists.

Out of 70 total whales, the cause of death was determined for 43 whales. Close to 90 percent of those whales died as a direct result of trauma from entanglement and vessel collisions.

The North Atlantic right whales currently have a population of about 400. The team is worried that the right whale species will not be able to endure continued losses.