Largo police officers remove an alligator from the Largo Mall.

LARGO, Fla. - An alligator possibly hunting for a good summer sale was denied access to the Largo Mall this week after police removed the trespassing reptile, according to a post on the Largo Police Department's Facebook page.

The post shows an eight-second video of two officers carrying the gator with a pole and green bag over its face. In the video, one of the officers is heard saying ‘just hanging out.’

The video post was captioned with the words, "This trespasser at the Largo Mall yesterday was a wild one."

The LPD commented on the post with a photo showing the gator up against a brick wall and had the caption, "The suspect just before apprehension." 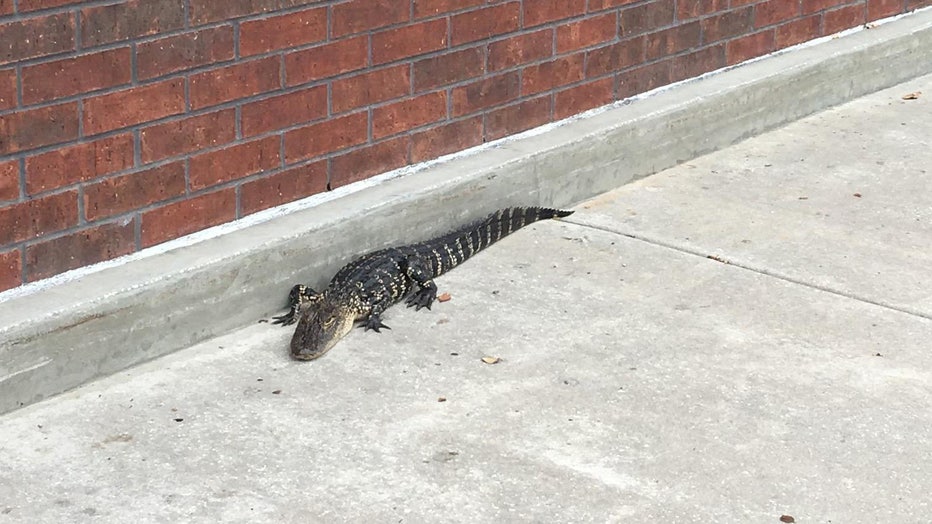 People commenting on the LPD’s post had some ideas about why the gator was at the mall.

One commenter stated, "Calm down, he was just trying to get to the Starbucks."

READ Alligator wanders to Florida church, pastor invites it to stay for service

Another person commented, "He was just doing some shopping!!! C’mon!!!!

While a different commenter asked, "How did it arrive at the Largo Mall? At the Target nonetheless."

The LPD did not say where officers were taking the gator.