William Hodge is accused of grabbing an alligator by its tail and slamming it against a building and onto the ground.

DAYTONA BEACH SHORES, Fla. - A Florida man is accused of grabbing an alligator by its tail and slamming it against a building and onto the ground.

Daytona Beach Shores police officers said William Hodge also attempted to throw the reptile onto the roof of a building on South Atlantic Ave. around 3 a.m. on Thursday.

Officers said they spotted Hodge slinging the alligator against a building awning of Metz Lounge and throwing the gator on the ground, stomping on it twice. 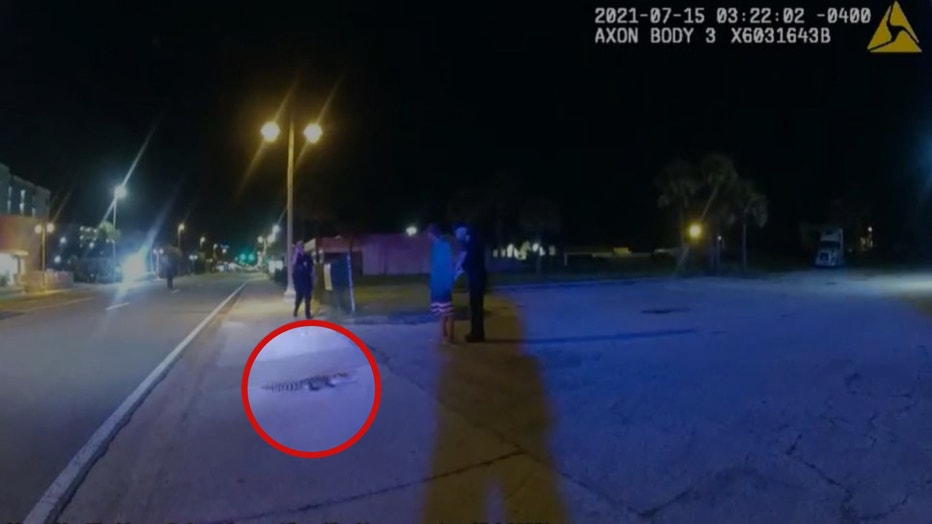 When officers made contact with Hodge, they said he immediately raised his hands up and was taken into custody.

Hodge said he jumped a fence to an alligator enclosure and stole the gator, according to an arrest report.  Officers said when they asked Hodge what he was doing when he was throwing the alligator in the air, he advised he was "teaching it a lesson."

Hodge was charged with animal cruelty, possession and injury of an alligator, unarmed burglary of an unoccupied dwelling, petit theft, and criminal mischief.

He was transported to Volusia County Branch Jail.