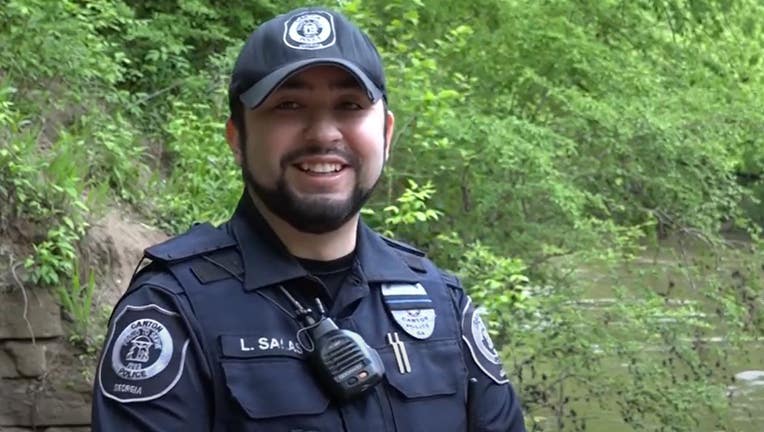 CANTON, Ga. - A Canton police officer is getting praise for his quick thinking and heroic effort that rescued two teenagers who had fallen in a Georgia river.

On April 21, Officer Luis Salas was called to Etowah River Park on 600 Brown Industrial Parkway after reports that the two teens had fallen into the river.

Salas got to the scene and quickly dived into the freezing water. He found the teens clinging to a branch for dear life.

One of the teens told Salas that she was terrified and can't swim to save her life.

"I told her to calm down, hold on to me, and I'll get us all to safety," Salas said.

Using a buoy and a throwbag full of rope, Salas and another was able to pull the two teens back onto the bank safely.

The officer, who had previously been in the Marine Corps., credited his experience there with not worrying about the cold water and helping with the rescue.

Both teenagers were given warm blankets. The young girl was taken to a nearby hospital, where she has since been released.

"On behalf of the Canton Police Department,  we thank you Officer Salas and your team for the heroic efforts," a spokesperson for the department said.