Black Friday shoppers in the U.S. spent a record $9 billion this year, despite concerns of surging COVID-19 cases across the U.S., according to data from Adobe Analytics and FOX News.

Following the chaos of Black Friday and Cyber Monday comes Giving Tuesday — a day that encourages people to do good and give back during the holiday season.

Giving Tuesday takes place each year on the Tuesday after Thanksgiving, falling on Dec. 1, 2020.

It was first launched in 2012 by 92nd Street Y, a nonprofit community and cultural center in New York, as a way for people to give back after days of spending and consumption. Today, there are more than 230 Giving Tuesday community movements across the U.S., and in 75 countries around the world.

"All of that money [being spent after Thanksgiving] is coming from the same wallet," Asha Curran, CEO of the Giving Tuesday organization, said in an interview with the American Bar Association. "We wanted to appropriate a little bit of that money for the nonprofit world." 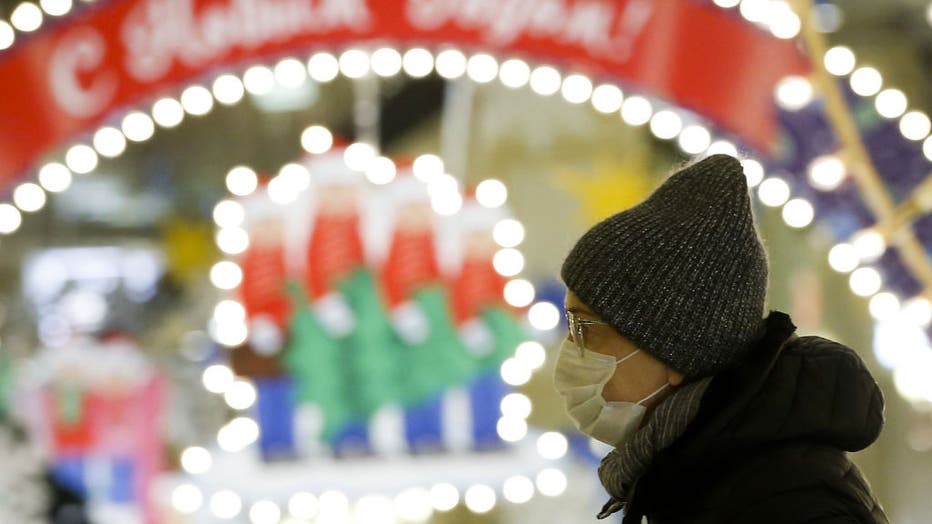 A file image shows a person walking in front of holiday lights. (Photo by Sefa Karacan/Anadolu Agency via Getty Images)

Many retailers and brands have joined the global movement of generosity by pledging a percentage of sales to various charities.

Here is a list of several companies offering a chance for you to tap into the holiday spirit and participate in giving back:

Aerosoles: The shoe brand is donating 10% of sales to Feeding America.

Dylan’s Candy Bar: The candy store is matching donations to the Dylan’s Candy BarN Foundation, which supports animal-welfare organizations in ending animal cruelty and aims to find every animal a home.

eBay: Through Dec. 10, the online marketplace will match up to $150,000 in funds raised via a series of eBay for Charity auctions for Giving Tuesday. The proceeds will benefit a number of causes, including The Andy Warhol Foundation for the Visual Arts, Comic Relief, Heifer International, To Write Love on Her Arms and the NAACP Legal Defense Fund.

Hydro Flask: The water bottle brand is hosting a social media giveaway contributing up to $10,000 to Latino Outdoors, a nonprofit connecting thousands from historically underrepresented communities to parks and public lands.

Quay: The sunglasses brand is offering a buy one, get one deal in honor of Giving Tuesday to benefit Feeding America.

T-Mobile: For each tweet with #CaptureKindness until Dec. 4, the wireless carrier will donate $10 to Feeding America. Just $1 provides at least 10 meals, according to the company.

Tupperware: The food storage brand will donate 50% of the retail price from Eco Water Bottle sales to the National Park Foundation.

Vineyard Vines: The clothing brand is offering 40% off to teachers, students, doctors, nurses and first responders in honor of Giving Tuesday.