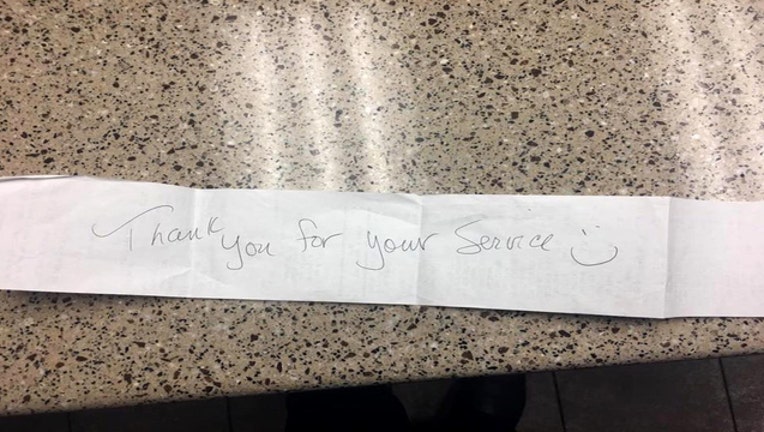 It was an average day for Engine 13-A on Friday. The firefighters were doing some grocery shopping at a Citrus Park Publix store. But as they were in line to check out, they received a call. The firefighters had to leave their groceries in order to rush to the scene.

Later, they finished the call and returned to the store to pay for their purchase, but someone beat them to it. An anonymous Good Samaritan paid their grocery bill, and even left a note on the receipt.