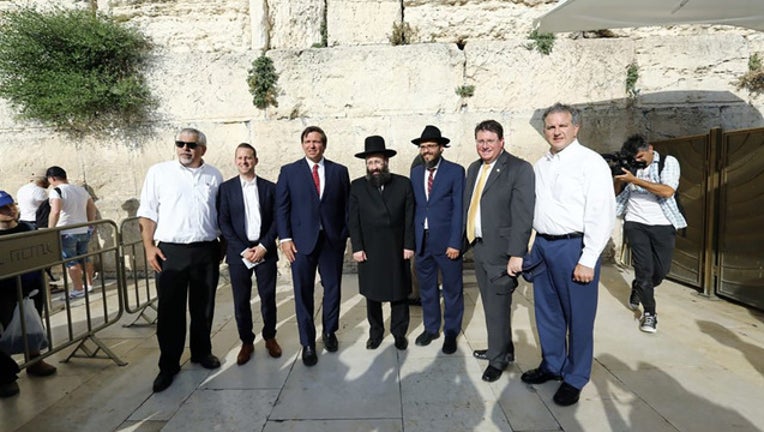 FORT MYERS, Fla. - Florida's governor says when he visited the Western Wall in Israel in May he followed tradition by sticking a slip of paper with a written prayer in between crevices of the ancient structure.

DeSantis recounted his prayer in Fort Myers on Monday while announcing a federal reimbursement request that could provide Florida communities with $150 million in relief from the costs of cleaning up after Hurricane Irma in 2017.

The request is awaiting approval from the White House.

Florida Emergency Management Director Jared Mokowitz says he also inserted a prayer at the Western Wall on the same trip. He says his prayer was the same as the governor's.