HOMOSASSA, Fla. - Nowhere in Florida is nature more amazing than the Nature Coast and its meadow of seagrass that supports a myriad of life.

“Pretty much everything,” said Captain William Toney. “Especially our shell fish because they need that grass to attach to.”

Toney is a fourth generation Floridian who has been a fishing guide in Citrus County for more than 20 years.

But for all its natural beauty, the Nature Coast has not been protected as an aquatic preserve until Governor Ron DeSantis last night signed a bill passed in the legislature creating the Nature Coast Aquatic Preserve. It consists of more than 400,000 acres along the coast of Citrus, Hernando, and Pasco counties.

“This is about not only preserving the ecology of the region, but also the economy and a way of life,” said Holly Brinns of the Pew Charitable Trust.

Brinns sites a study showing the massive seagrass meadow along the Nature Coast adds more than $500 million and 10,000 jobs to the local economy.

“The larger that seagrass meadow is, and the healthier it is, the more plentiful the scallops are going to be,” offered Mike Engiles or Crystal River Watersports. 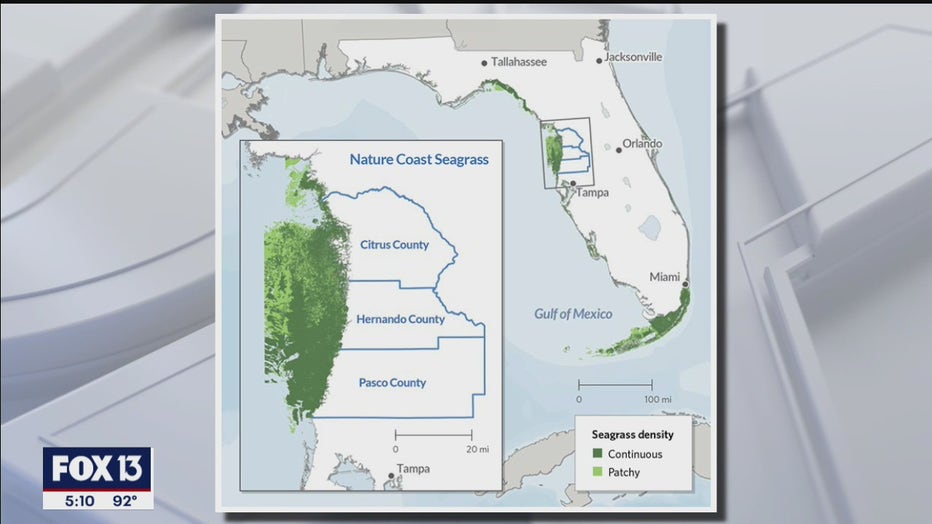 It’s the first new aquatic preserve in Florida in more than 30 years.

Many people, even Nature Coast residents, assumed the area already had such protection, but it didn’t. While preserves were created in seagrass meadows off Pinellas County and Florida’s Big Bend years ago, the Nature Coast was overlooked, or some say intentionally left out, perhaps because of power plants located at Crystal River and Anclote.

The new aquatic preserve designation includes the state’s toughest water quality standards. It also protects against pollution and dredging that could harm the grass beds.

More than 100 businesses supported the legislation that was taken to Tallahassee by the local delegation. It also allows commercial crabbers and shrimpers to continue their work within the preserve.

The aquatic preserve designation also streamlines funding in case of a catastrophe such as an oil spill.

Citrus County’s renowned scallop season begins Wednesday. Thousands of people will come to pluck them from the seagrass beds that are, for the first time, protected as the Nature Coast Aquatic Preserve.