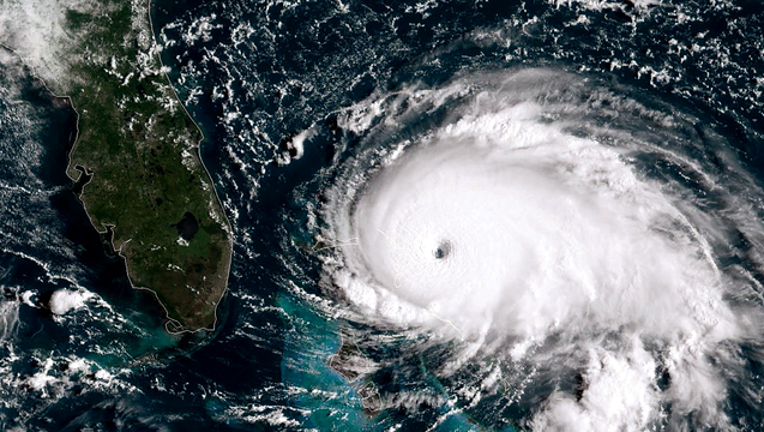 Photo by NOAA via Getty Images

Hurricane Dorian, which is moving west as a Category 5 hurricane with maximum sustained winds of 185 miles per hour and even higher wind gusts, made landfall in the Bahamas on Sunday. It continues to move west but is expected to turn towards the north. Nevertheless, it will bring tropical storm conditions to Florida's east coast.

Governor Ron DeSantis held a press conference on Sunday afternoon regarding the storm, which he urged Florida residents to "take seriously." During this conference, he announced that he has suspended tolls on several Florida highways. These include:

More requests are being considered by Florida officials as the storm continues moving west.

DeSantis also said that officials are monitoring traffic and that shoulders are ready to be opened if need be. However, traffic is currently stable so all drivers must drive in the normal lanes at this time.

There are also no current fuel shortages but DeSantis said that officials are monitoring this too.

No bridge closures are reportedly planned at this but the Coast Guard will make this decision based on wind speed. Bridges will be open as long as they safely can be.

DeSantis also mentioned that every nursing home and assisted living facility in a coastal county on Florida's east coast either has a generator on-site or has plans to evacuate the residence.

You can watch Governor DeSantis' full press conference below.

HOW YOU CAN PREPARE FOR DORIAN

See what schools are closed HERE.

You can find a list of locations where you can stock up on sandbags HERE.

For the latest on Dorian, visit ORLANDOHURRICANE.com.

You can also monitor the tropics with the Fox 35 Weather App.