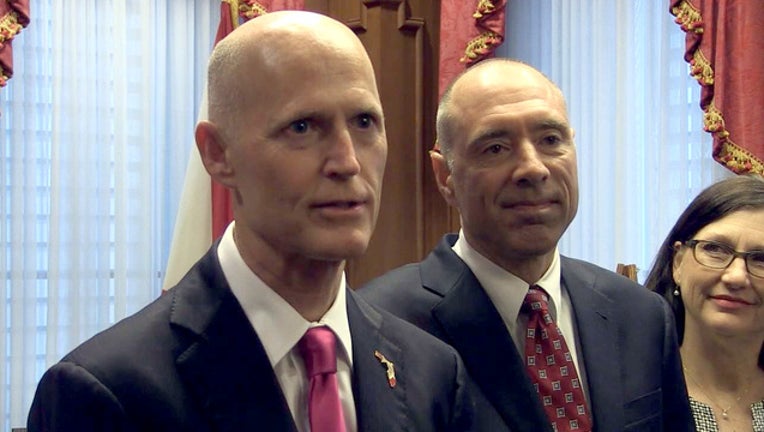 During stops in three Florida cities, Scott on Wednesday will tout a tax cut package he's asking the Republican-controlled Florida Legislature to pass this spring. It will be a key part of his spending recommendations that he will release in the next few weeks.

Scott's argument for the tax cuts will be the same one he has touted during his six years as governor - that cutting taxes helps generate economic activity. Florida has added more than 1 million jobs during that time period, although the state's overall employment picture has generally tracked national gains.

"When we cut taxes, it helps businesses create jobs - jobs that ultimately help the poorest, most disadvantaged families in our state," Scott said in a statement.

The biggest chunk of Scott's tax cut package includes a $454 million proposal to cut by 25 percent the sales taxes charged on commercial rents. This is a tax cut that has gotten strong backing in the past for retailers and other business groups.

The governor will also propose a one-year elimination of sales taxes charged on college textbooks.

Scott has routinely recommended tax cuts, but he has had trouble getting state legislators to go along with his complete tax cut package.

The situation may not be any easier this year as state legislators confront a flat budget outlook that has prompted House and Senate leaders say they will consider deep cuts to state spending. Senate President Joe Negron has already said he's willing to trim spending in order to free up money for some of his top priorities, including a substantial boost in money for Florida's state universities.