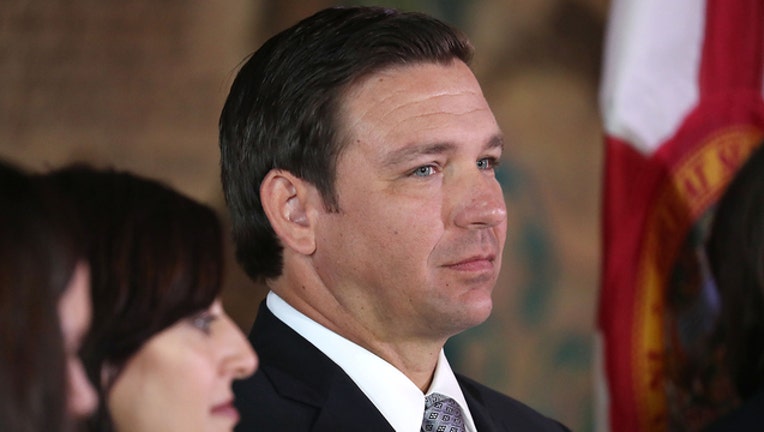 TALLAHASSEE (NSF) - Gov. Ron DeSantis, on behalf of the Republican Party of Florida, is raising money to back President Donald Trump amid an impeachment inquiry and allegations of trying to pressure Ukraine’s leader to help in the 2020 election.

“As governor of Florida, I want the President to know that we have his back in this fight 100 percent, so today I’m issuing the Presidential Protection Fund to fight back against this disgusting attempt to overturn a legitimate U.S. election,” DeSantis wrote in an email Thursday.

Since taking office, however, DeSantis has not tied himself as closely to Trump as he did during last year’s election. The governor has even said he would not be too involved in helping Trump’s 2020 re-election bid because he wants to stay focused on state business.

But with the president in peril, the governor asked supporters to help him in “defending President Donald J. Trump from impeachment” by the Democratic-controlled U.S. House.

“When I served in Congress, I fought back against the Democrats’ witch hunts every single day. I REFUSE to let them overturn the 2016 election and erase your vote from history,” DeSantis, who represented parts of Northeast Florida in Congress before becoming governor, wrote Thursday. “Now that Democrats are officially moving to impeach our duly elected president, my duty to protect him isn’t over,” the governor added.

Trump is facing an impeachment inquiry after a complaint was filed by an intelligence officer, who alleges Trump asked Ukraine President Volodymyr Zelensky to investigate former Vice President Joe Biden, who is running for the Democratic nomination for president.

In the fundraising email, DeSantis said Democrats are trying to impeach Trump to avoid an election, saying they are “scared to death that the American people will support President Donald Trump in 2020.”

He added, “They should be scared, because with your help, We The People will end this impeachment inquiry and stand with him again in 2020 --- and our great state of Florida will play the leading role in delivering that victory.”