TEMPLE TERRACE, Fla. - James Michaud is no longer a teacher at Greco Middle School in Tampa. School officials say he just resigned and then turned himself in at the Orient Road jail.

An arrest report shows a 13-year old's mother grew suspicious after her son was spending too much time with Michaud after school.  After the victim’s mother discovered what was going on, she immediately contacted the Hillsborough Sheriff's Office.

Detectives say Michaud sent text messages to the boy urging him to either sneak out of his house to meet him or sneak him into his room.  Michaud also allegedly sent the victim graphic videos of himself in the bathroom.

The former teacher also contacted other minors, detectives say, so are trying to figure if they are also students. Anyone who believes they could be a victim or has information related to the case is asked to call the sheriff's office at 812-247-8200. 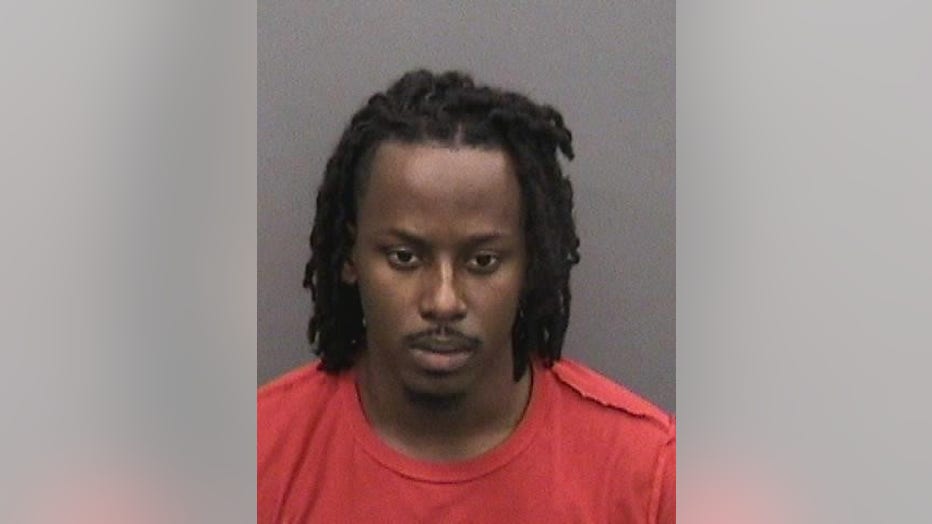 Erin Maloney, a spokesperson for the Hillsborough School District, said Michaud had been with district since 2015 and had never been disciplined before.

"We are shocked and saddened by the charges. Parents put their trust in this teacher and that trust was broken," said Maloney.

In a now-deleted “employee excellence” online school district profile about Michaud, he said he "enjoyed seeing the students every day."

Michaud’s charges include authority figure soliciting or engaging in lewd conduct with a student, transmission of harmful materials to a minor, and unlawful use of a two-way communication device.

He was released from jail early Wednesday morning on $11,500 bail.

The remainder of the Hillsborough County Public Schools' now-deleted profile on Michaud can be read below:

"When it comes to students at Achievement Schools, they really are amazing students. One of the things the students here will tell you is that they just want someone who is real, and I do my best to keep it real with them. They find not just a teacher in me, but also a confidant. We have real conversations, life conversations. To me, it’s more than just teaching, it’s being a mentor.

One of the things I love, especially in AVID, is seeing the growth in the students and witnessing them developing into leaders.

I love the kids here. They need you. They need us. They need those people who want to be there for them.

I get to wake up every day knowing I’m making a difference in these kids’ lives.