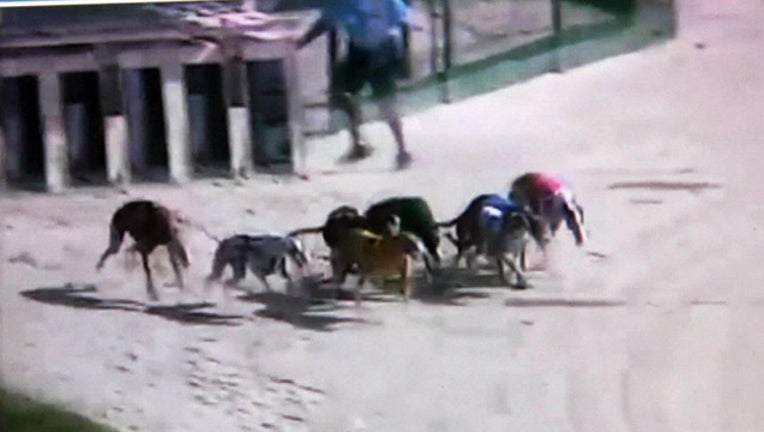 TALLAHASSEE (NSF) - Arguing that it is misleading, the Florida Greyhound Association on Thursday asked a judge to remove from the November ballot a constitutional amendment that would ban dog racing in Florida.

“The (ballot) title and summary must be accurate. It must be informative. The title and summary cannot be misleading either expressly or by omission,” Major Harding, the lawyer representing the greyhound group, told Leon County Circuit Judge Karen Gievers. The association represents greyhound owners, breeders and trainers.

Harding, a former Florida Supreme Court justice, argued that the ballot title and summary for Amendment 13 is misleading on several grounds, including the fact that it would not ban all dog-race wagering in the state.

The measure, placed on the ballot by the state Constitution Revision Commission, would still allow tracks to conduct betting on dog races that are broadcast from outside the state, Harding argued.

“The title ‘Ends Dog Racing’ is false and will mislead Florida voters as to the breadth of the proposed amendment,” he said.

Harding also said the title and summary make no mention of a provision in the amendment that establishes “the humane treatment of animals” as a “fundamental value” of the people of Florida. That provision could be broadly applied and impact other activities involving animals, such as university research, he added.

“Fundamental value language is important and has significant legal effect,” Harding said, noting the only other mention of a “fundamental value” in the state Constitution is related to public schools.

Jordan Pratt, a deputy solicitor general representing the state, said the ballot language for Amendment 13, which would ban commercial dog racing after Dec. 31, 2020, is neither misleading nor fails to state its main purpose.

As for misrepresenting the racing ban since “simulcasting” of out-of-state dog races would still be allowed, Pratt said prior court decisions on amendment ballot language have presumed “voters have a certain amount of common knowledge and common sense.”

“One of the things that Florida voters certainly understand is that in voting on a proposed amendment to the Florida Constitution they are voting on what the law should be in Florida and not any other state,” Pratt said.

Pratt and other lawyers defending the proposed dog-racing ban said the “fundamental value” language was part of an introductory phrase for the amendment and would not have the wide-ranging impact claimed by the opponents.

“The fundamental value language in proposed Amendment 13 is simply a declaration,” Pratt said. “There are no judicially ascertainable standards by which a court could, as plaintiffs speculate, enforce that free-standing language to other contexts.”

Gievers specifically questioned the lawyers about the opponents’ claim that the ballot language fails to disclose its impact on another provision in the Constitution that allowed slot machines at dog tracks and other pari-mutuel facilities in Broward and Miami-Dade counties.

Harding said the slot-machine language, which was approved by voters in 2004, allowed the expanded gambling at facilities with live racing. If Amendment 13 is passed, it would break “a compact with Florida voters” by allowing slot machines at dog tracks that would become stand-alone casinos without any racing, Harding said.

But Pratt said the 2004 amendment was focused on “the original authorization” of the slot machines in the two counties and that Amendment 13 would have no impact on that activity.

The ballot summary, which specifically says “other gaming activities” are not affected, exceeds the disclosure standards and “correctly advises voters on its lack of impact on existing slot machines,” Pratt said.

Gievers said she expected to issue her opinion “quickly,” after reviewing the arguments submitted by both the opponents and opponents of the amendment.

The proposed dog-racing ban is one of 13 state constitutional amendments on the Nov. 6 general-election ballot. Eight of the amendments, including Amendment 13, were put on the ballot by the state Constitution Revision Commission.

In order to be enacted, each amendment must win support from at least 60 percent of the voters.