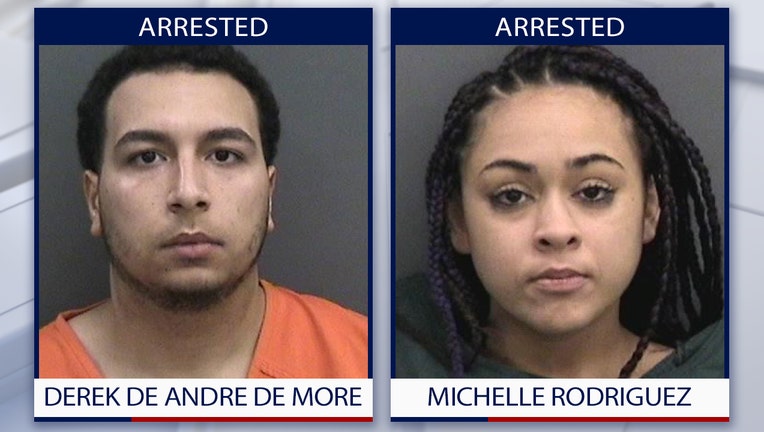 TAMPA, Fla. - Derek De Andre De More, 24, and Michelle Rodriguez, 22, are facing charges in connection with a deadly shooting that occurred Saturday evening, according to the Hillsborough County Sheriff’s Office.

Deputies said they responded to a home on the 12000 block of 11th street north for reports of an adult male who had been shot shortly before 6 p.m.

Once on scene, deputies said they found an adult male, who had been dropped off at the home, with a gunshot wound to the upper body. The victim was taken the hospital where he died.

”I want to applaud the work of our detectives,” said Sheriff Chad Chronister. ”They were able to track down all parties believed to be involved in this shooting within just a few hours. Their hard work and dedication have made our community safer tonight.”