PLANT CITY, Fla. - A major meth operation was shut down in Plant City and deputies say it was being run by a grandmother and her three grandsons.

The Hillsborough County Sheriff’s Office called the undercover operation ‘Ice Cubed’ – a play on words using the slang term for methamphetamine plus the arrest of three key suspects.

The investigation started last September at a Plant City, Florida home where more than 100 calls for emergency service had been placed.

Over the next seven months, undercover agents said they were able to purchase nearly four pounds of high-grade methamphetamine with a street value of about $90,000.

"This product that they're producing is number one and people want it," DEA Special Agent in Charge Mike Furgason said. "We've seen the meth increase to over 90% purity, and the price has dropped dramatically."

Officers raided the property and another home in Dover last Thursday. They confiscated handguns, meth, and nearly $30,000.

"It appears this meth isn't your homemade from a meth lab. This is most likely Mexican-made meth that’s imported into the country through the drug cartels," said Hillsborough County Sheriff's Office Capt. Geoffrey Harris.

Fourteen men and women were arrested in the roundup, including the targets, a grandmother and her three grandsons: Eddie, Edgar, and Roy Rodriguez.

Warrants have been issued for the arrest of Pedro Vazquez-Segura, Carlos Rodriguez, and Angel Sullivan. 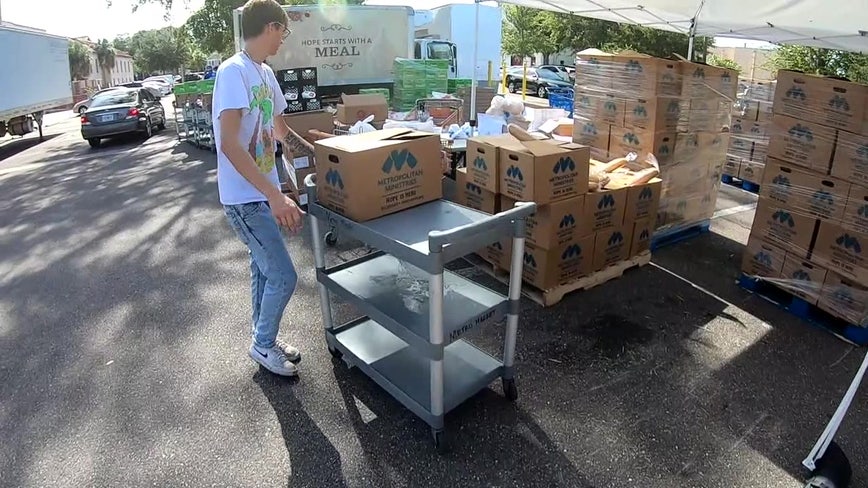