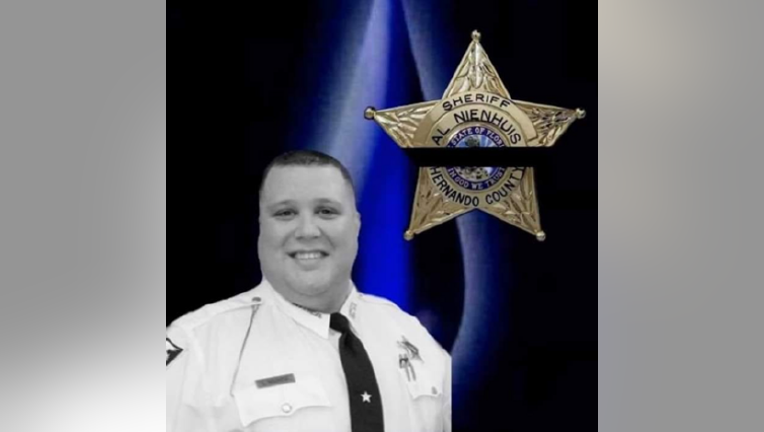 Sergeant Louis “Lou” Genovese was hospitalized about three weeks ago after a sudden onset medical condition.

Genovese passed away Saturday night, surrounded by his family, friends and sheriff's office colleagues. He was 41 years old.

Genovese started his career at the Hernando County Sheriff’s Office in September 2006 as a public service aide. Just three months later, he became a cadet and attended the law enforcement academy. In July 2007, he was promoted to a deputy sheriff and became sergeant in the patrol division in February 2018.

“Lou was a man of God, who was loved and respected by his coworkers, his friends, and his family. This is a heart-wrenching loss," the sheriff said in a statement. "The silver lining is that Lou left a legacy and example that will have a positive impact on the agency for many years to come.”

The sheriff's office described Genovese as a "gentle giant with a smile that stretched from ear to ear, who always had a kind word and a welcoming hug."