Dog lost at TPA found and reunited with family

TAMPA, Fla. - After a week-long search, a family is happy to be reunited with their 6-year-old Chihuahua mix named Rocky.

The family said he slipped out his collar at Tampa International Airport last Friday. Since then, family members, airport officials and even passengers searched every day for Rocky. Airport officials said a few people reported seeing him this week but today an airport officer found him in a wooded area near the runway. They set up cages for him with hopes up finding him.

"He was a little anxious when we when I approached the cage, obviously, he probably just had a really rough week running around an airport by yourself. It's scary for us. I can't imagine what it is for a dog. So, we picked him up right away," Detective Dan Jones with TPA said.

RELATED: 'Every clue is important': Family desperate to find lost dog at TPA

Rocky’s family said they never gave up hope he would be found.

"I feel excited. I have a lot of emotions right now. It has been a tough week. A difficult week. My mind was running all of the time, running through options, praying a lot for him," Jedsalie Ortiz said.

Airport officials said Rocky managed to escape a lot of danger during a week-long trip around the airport. 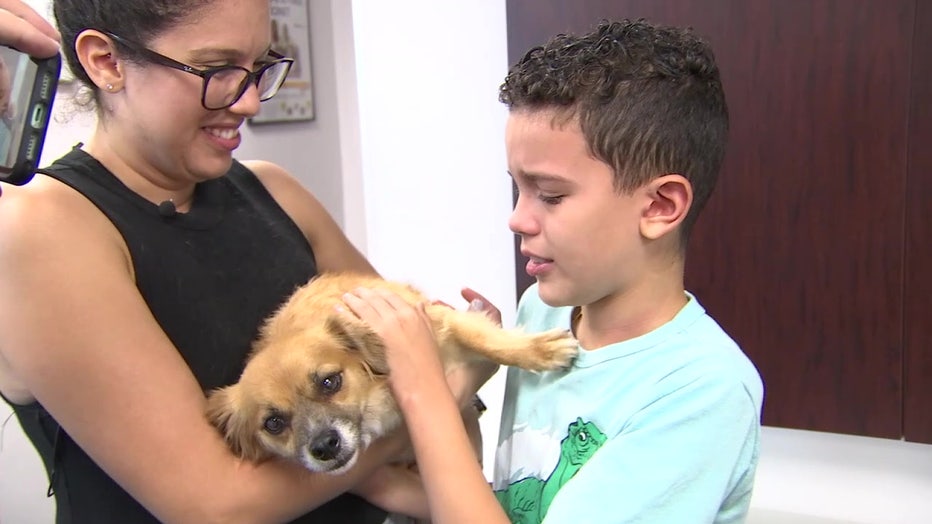 "So there's aircraft, there's vehicles, there's trucks, there's tugs, all kinds of stuff. There are cargo operations going on right across the street from where he was. So this dog is probably one the luckiest dogs I've ever met because his outcome is good and there's a lot of opportunity for that to be a different story," Detective Jones said.

The family said they are very grateful to TPA's staff and others who helped find Rocky.

"I have been receiving lots of messages like giving me support, give me advice is giving me sharing the story and my me and my family," Ortiz said. "We are grateful for all of you guys that have been involved in his rescue."

Airport officials said Rocky was not harmed. They took him to a safe place, fed him and gave him water until the family arrived.