TAMPA, Fla. - The U.S. Attorney’s Office has now identified the man suspected of burning down the Champs Sports store in Tampa during a night of rioting.

According to a federal complaint just released, Terrance Lee Hester Jr. is accused of intentionally setting a fire that destroyed the sporting goods store and damaged others along Fowler Avenue in the early morning hours of May 31.

Peaceful protests turned violent that night and dozens of Tampa businesses were looted or set on fire.

Hester, who turned 20 on May 31, is charged with damaging or destroying by fire a building used in interstate commerce.

Hester was arrested in New York and made his appearance in federal court Friday. He will be extradited back to Tampa to face charges.

Tampa police were searching for a man seen throwing a flaming object into a broken window at Champs Sports. The business was destroyed in the blaze.

Documents show Hester was caught on video throwing a flaming piece of cloth into the Champs store "maliciously," according to ATF special agent William Grimmer.

The complaint says Hester was also caught on video moments later at Charlie’s Market at 2815 East Sligh Avenue in Tampa.

A relative who was with Hester that night was seen wearing a Bloomingdale jersey. Investigators soon learned Hester’s relatives played volleyball at Bloomingdale High School. 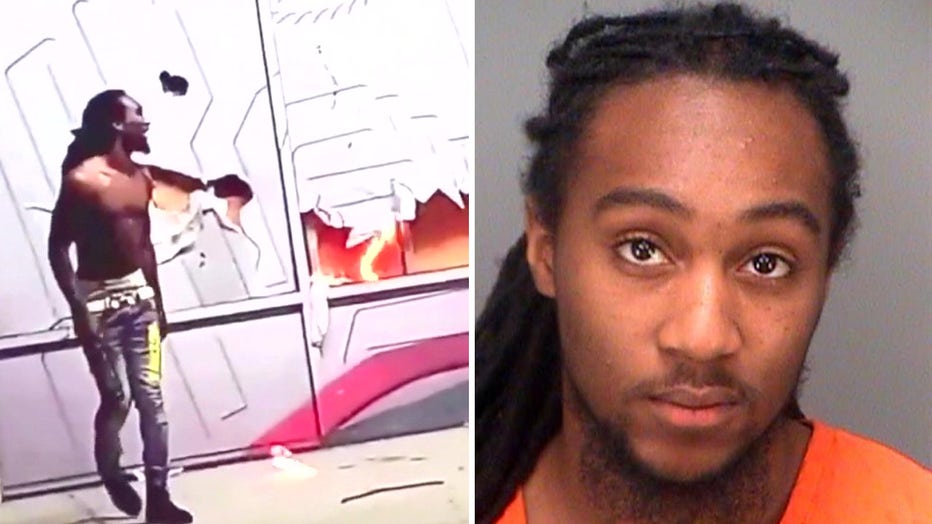 Booking photo from May of 2020, via PCSO

After making contact with Hester’s relatives, investigators say they were able to identify him based on the videos and pictures.

Editor's note: An earlier version of this story stated Hester's record included 30 arrests. It's not clear how many of those were his and how many were his father. This version of the story has been updated.