Chase Smith, who is facing Ewing's sarcoma, a cancer in and around the bones, exchanged vows with Sadie Mills on April 29, according to a GoFundMe page created for the teen.

"We haven't been without each other more than maybe like a day or two since our first date," Chase told the Indy Star.

The pair, who attended rival high schools, first met in 2018 at an ice cream social following a swim meet, according to the newspaper. But it wasn’t until a year later that Chase asked for Sadie’s number and their romance blossomed.

Sadie told the newspaper that she loved Chase’s maturity and how he genuinely liked doing things with her, including going to church, the movies and talking about life and their futures.

"He was so sweet. He's very polite. He's a good Christian boy," Sadie told the Indy Star. "We just fell in love with each other's personalities. Now, he is all that matters to me." 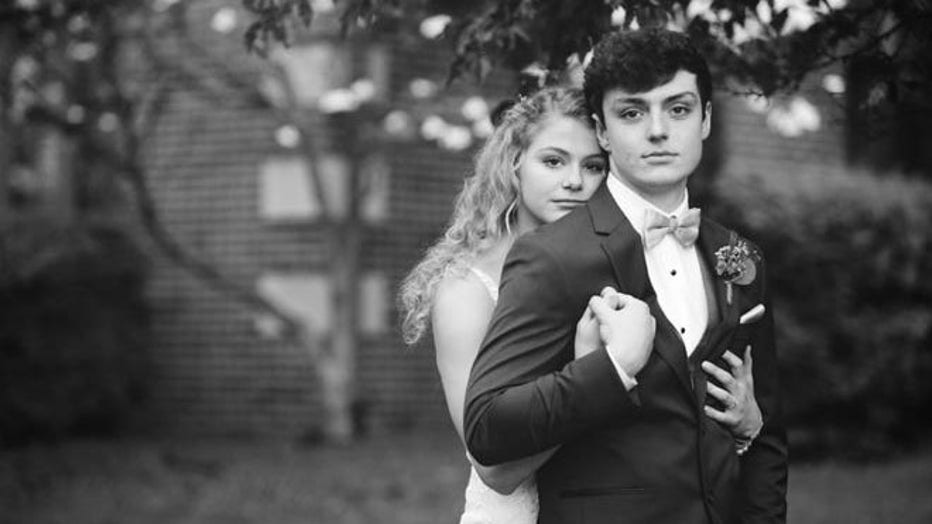 Chase, once a nationally-ranked swimmer, first received a Ewing's sarcoma diagnosis in 2014, according to the GoFundMe page. In 2016, Chase faced his second battle with cancer — and third bout last spring.

This year, the cancer returned “with a vengeance,” the Indy Star reported. Scans showed tumors all over the teen’s body, including in his skull surrounding the pituitary gland.

Doctors gave Chase three to five months to live, with or without treatment, according to the newspaper.

“He remains a strong fighter, in every sense of the word.”

The couple had planned to attend Indiana University–Purdue University Indianapolis together, according to the newspaper. Sadie finished out her senior diving season Academic All-State, All-State and third in state and hoped to continue her diving career.

The couple dreamed of tying the knot after college, according to the Indy Star. Upon hearing the devastating news, Chase decided to talk to Sadie about getting married sooner than they had planned.

With their parents’ blessings, a wedding was planned in four days, the paper reported. Before the ceremony, the couple held hands, prayed and read letters they had written to one another. They stood at a white altar on her parents' driveway to exchange vows, in the same spot where they had shared their first kiss just six months prior.

"The most important thing in my world at this point is spending time loving and laughing. Just living life to the fullest and loving every moment," Chase told the newspaper, adding that the day was "pure joy."