County commissioners are now toying with the idea of a five-cent gas tax to pay for road improvements.

Nothing is set in stone, but Hillsborough County commissioners discussed the possibility Wednesday.

There was a wide variety of opinions from the community and even commissioners at Wednesday's meeting.

If approved, the tax would add a nickel to every gallon of gas pumped in Hillsborough County. The tax increase would bring in about $15 million the first year and $20 million a year after that.

Funds would go towards building new roads, maintaining the current ones, and other transportation-related needs.

While there was a mixed response from commissioners about whether or not this would be a good idea, they agreed this was not the time to vote on it with the current transportation sales tax still going through the court system.

"Until the issue with the surtax is settled at the Supreme Court, I just cannot support this going forward today. I think it's just too much, too much on our residents on top of everything else we've done," said Commissioner Sandra Murman.

Back in November, voters approved a one-cent tax increase for transportation improvements. Residents are paying the tax, but the actual improvements are on hold while the Florida Supreme Court decides whether the tax is constitutional.

As for a possible gas tax, commissioners voted to defer a decision to vote, meaning it was not voted down but it also wasn't approved.

They plan to revisit the possible five-cent increase on fuel once the transportation tax's fate is decided, which they hope will happen before the end of the year. 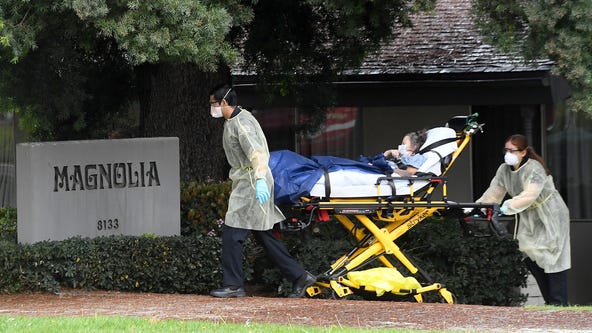