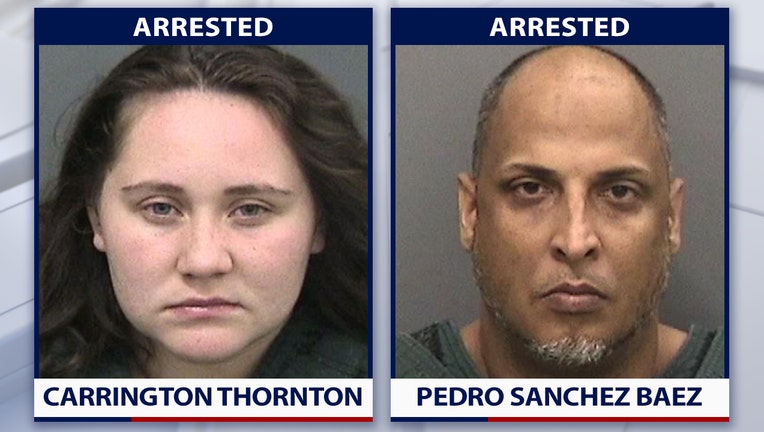 TAMPA, Fla. - Carrington Thornton, 21, and Pedro David Sanchez Baez, 41 were arrested Saturday after a man was shot and stabbed in Tampa.

According to the Hillsborough County Sheriff’s Office, deputies were called to the 5000 block of Williams Road in Tampa around 3 p.m. for a domestic-related stabbing.

Deputies say Thornton stabbed a man during an argument and then Sanchez Baez, who lives nearby, drove to the home and shot at the victim, who was standing outside the home.

The victim was taken to Tampa General Hospital with non-life-threatening injuries.

Sanchez Baez fled the scene, but was located and arrested at Puritan Road and 56th Street in Tampa, according to HCSO. He was charged with attempted first-degree murder with a firearm and shooting at or within a vehicle.

Thornton was charged with attempted second-degree murder with a weapon.

Anyone with information on the case is asked to call the Hillsborough County Sheriff's Office at (813) 247-8200.