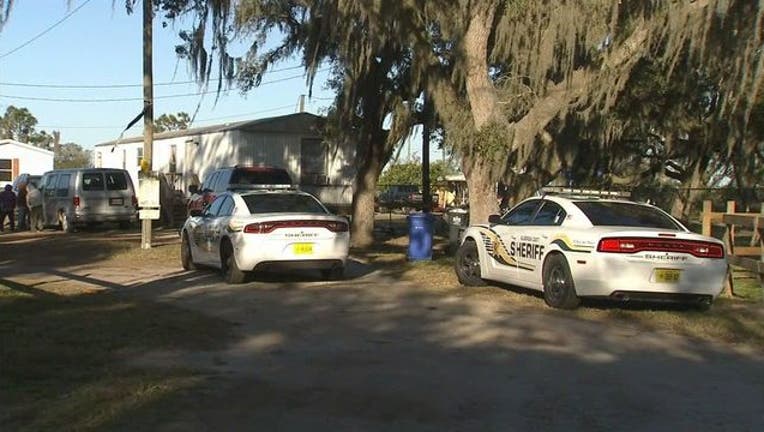 WIMAUMA (FOX 13) - Deputies are searching for three men who broke into a mobile home in Wimauma.

On Tuesday around 5 a.m., the three suspects broke into the home in the 100 block of Delia Street through the backdoor window, according to Hillsborough County Sheriff’s Office. At least one had a handgun and all three demanded money and cell phones from the two people inside the home.

Before leaving, one of the suspects hit the male resident on the head with the handgun, investigators say. The man was transported to a hospital with non-life threatening injuries.

When the suspects exited the home, a man was sitting in his Ford Focus outside, deputies say. They broke the car window, pulled the man out of the driver’s seat and stole the vehicle. The carjacking victim was not injured.

No other details have been released, including a detailed suspect description or motive.