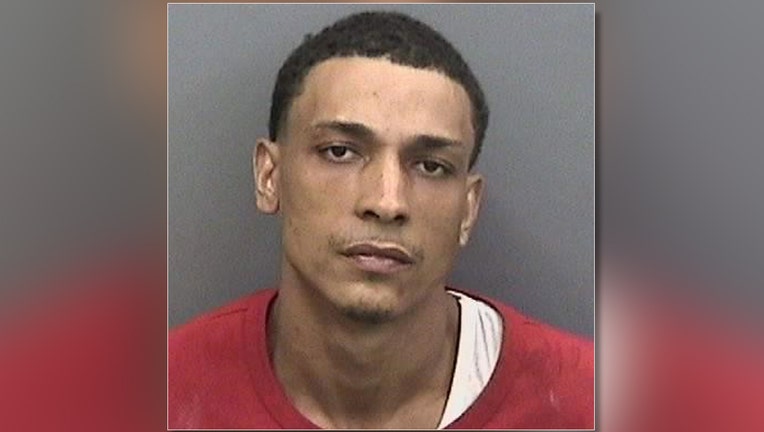 TAMPA, Fla. - Hillsborough County deputies arrested Tommy Hernandez, 25, a convicted felon, during a traffic stop that turned into a foot pursuit and ended after the suspect climbed the roof of a nearby home.

According to HCSO, On June 10 at approximately 9 a.m., a deputy conducted a traffic stop on a blue scooter driven by Hernandez at the intersection of North Habana Avenue and West Fern Street in Tampa.

Deputies said Hernandez did not have a valid license or registration for the scooter. Hernandez allowed the deputy to inspect the inside of a satchel that was slung over his shoulder. The deputy found a handgun and drugs inside the bag.

At this point, Hernandez fled on foot and was later found on a roof of a neighboring residence, according to HCSO. As a safety precaution, the residents of the home were asked to evacuate. Deputies then arrested Hernandez.

Hernandez, who was on probation, was arrested on multiple charges.

"This individual has a lengthy criminal history," said Sheriff Chad Chronister. "It is disappointing to see him violate his probation. I want to commend our deputies for their continued commitment to keeping our community safe."