SEFFNER, Fla. - A 9-year-old boy is recovering in the hospital after Hillsborough County deputies rescued him from his burning home in Seffner on Friday.

The fire ripped through the home on Joe Ebert Road – almost burning it to the ground. After sunrise, the remnants of the home were seen scorched and scattered around the property: Burned-out beams, ash and a barely standing house that is no longer livable. 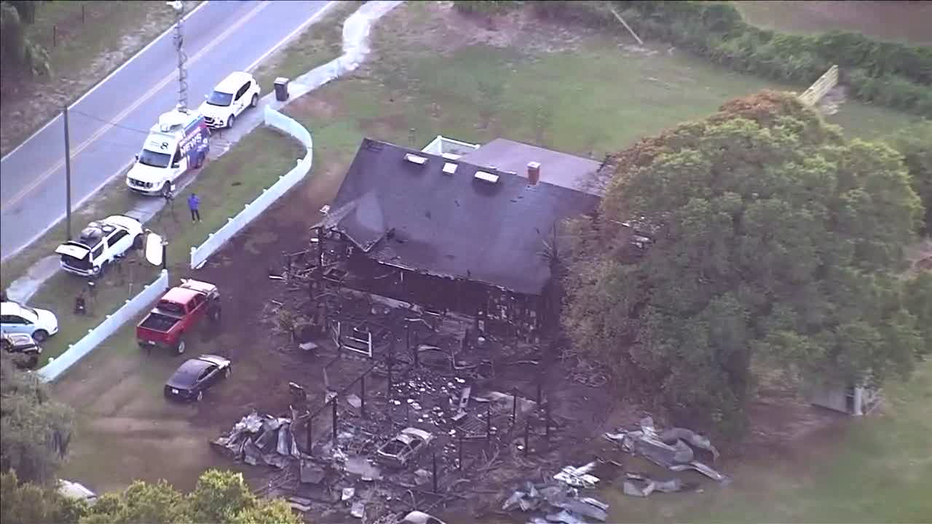 Hillsborough County Fire Rescue received a 911 call late Thursday night stating that not only was there a fire raging, but there was a young boy, Owen Ares, trapped inside. Several other calls quickly came in.

The family of those living in the home told FOX 13 there were three people inside when the fire sparked: 9-year-old Owen, his mother Karen McGinnis and the mother's boyfriend. Relatives said the boyfriend fell asleep on the couch and woke up to find the flames.

He was able to get the mother out, but due to the location of the boy's bedroom and the intensity of the fire, they were unable to reach him. 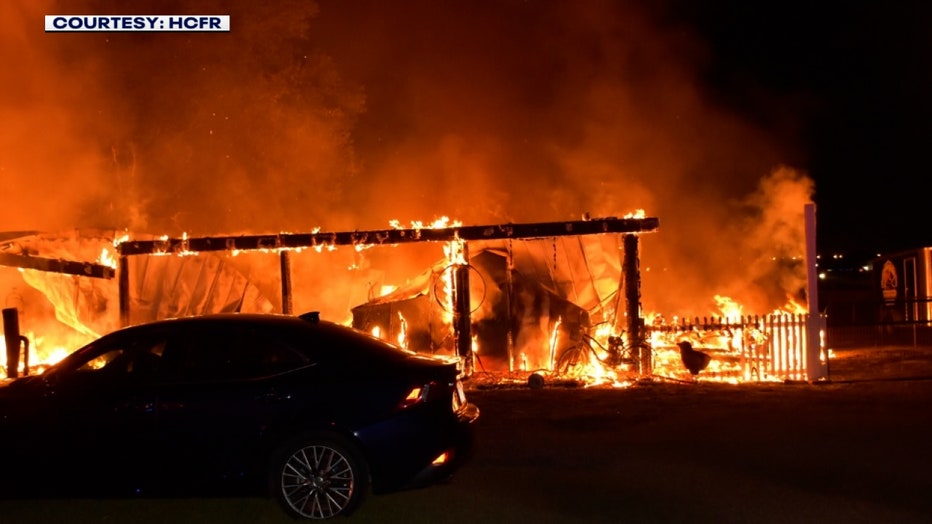 When deputies first arrived at the scene, they smashed a window in the front of the home to pull the boy to safety. Firefighters arrived not long after and got to work. Officials said when they arrived, a garage next to the home was completely engulfed, with the home almost completely covered in flames as well.

Body camera footage released by the Hillsborough County Sheriff's Office shows the deputies breaking into the child's bedroom window, revealing the thick smoke inside. Deputies and the child's mother continued calling out to the child to come closer to the window by following the light of their flashlights.

The Hillsborough County Sheriff's Office released body camera footage showing two deputies arriving at a house fire, breaking the window to a child's bedroom, and pulling him out of the smokey room.

They could hear him groaning and coughing, so they knew he was in the room, but they couldn't tell exactly where, Deputy Alexander Maldonado explained at a Friday morning news conference. His body camera caught the daring rescue, and shows him arriving at the home and not hesitating to act, race toward the flames, knowing only that the 9-year-old was trapped.

"Once we got the windows broken, and we pulled a window out the front of the house, we just started calling out, 'hey, buddy, can you hear us?'" Maldonado said.

After about three and a half minutes of frantically calling for Owen, the child finally emerged. Deputies Maldonado and Kevin Reich pulled the boy out of the house and carried him to safety. He was covered in soot, and couldn't stand, but he was breathing. 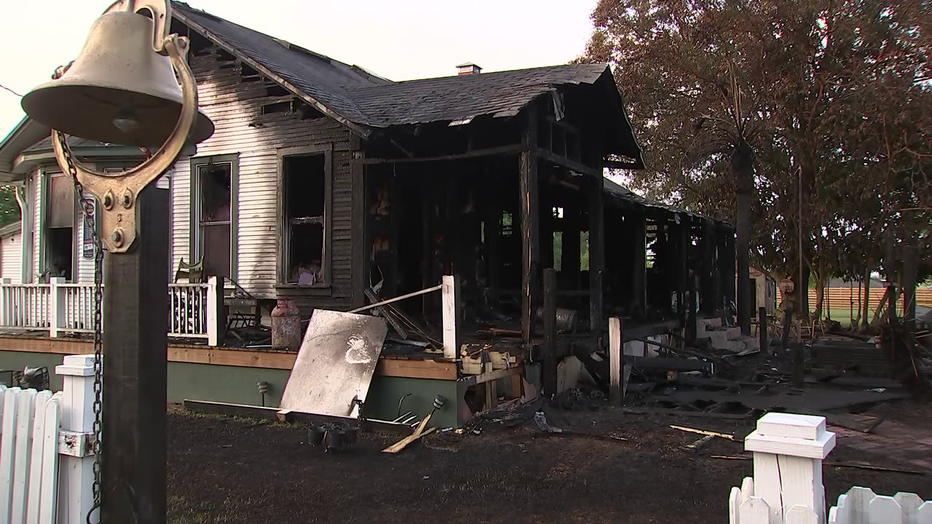 The child was carried to the front yard, where officials said, "He is breathing," and requested oxygen from firefighters who were on the scene.

The young boy was transported to Tampa General Hospital with severe burns and smoke inhalation. The child's mother and homeowner were also taken to the hospital.

A child is in a hospital after Hillsborough County first responders saved him from an overnight house fire. Deputy Maldonado recalled the moment he realized he could reach the boy who was trapped by heavy smoke and flames.

Throughout the video, Owen's mother, Karen McGinnis, could be seen desperately calling out to her son. During an afternoon news conference at Tampa General Hospital, where Owen is recovering, McGinnis talked about the experience.

"I was pulled away [from the house], and I immediately got on the ground on my knees and said, ‘please, God, not today, please God, please,’" McGinnis said. "I just first want to really thank the heroic efforts of the Hillsborough County Sheriff's Office for stepping in and doing what they did because had they not done what they did we'd be having a very different conversation right now."

According to Hillsborough Fire Rescue, the fire may have been caused by a fire pit that a family member lit Thursday night. Investigators said the family member went inside the home and fell asleep while the fire was still lit. The flames eventually spread to the home.

Crews had the fire under control in just over 15 minutes. The two deputies who saved that young boy were evaluated and not transported for any type of injury.

Sheriff Chad Chronister said that every family should have a fire plan in place, and also pointed out that the deputies started with the force in 2020. He said their actions are proof that officer training prepares law enforcement to save lives, without hesitation.

"Heroes need to be recognized like these guys were heroes," Chris Ares, Owen's father, said. "If it wasn't for that, my son would be dead. It was like within minutes, he wouldn't have made it."