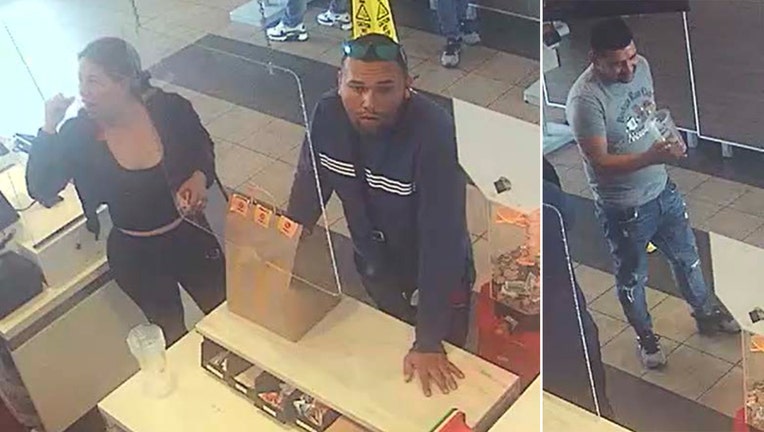 BRANDON, Fla. - Deputies in Hillsborough County are searching for a trio of pickpocketing suspects, who, they say, are becoming more brazen as they steal from people across the Bay Area.

The sheriff's office released surveillance video from a McDonald's, showing the group purchasing food with a stolen credit card. Detectives said prior to visiting the fast-food chain, they snatched a woman's purse right out of her shopping cart at the Walmart on Lithia Pinecrest Road in Brandon on Feb. 19. They also used the credit card at another Walmart.

The same group was spotted reaching into another woman's purse on Sunday at the Walmart on Waters Avenue. Detectives said they stole an Apple iPhone 13 Max Pro worth over $1,000.

Deputies said they believe they are connected to similar crimes across the Bay Area, such as in Bradenton and Sarasota. 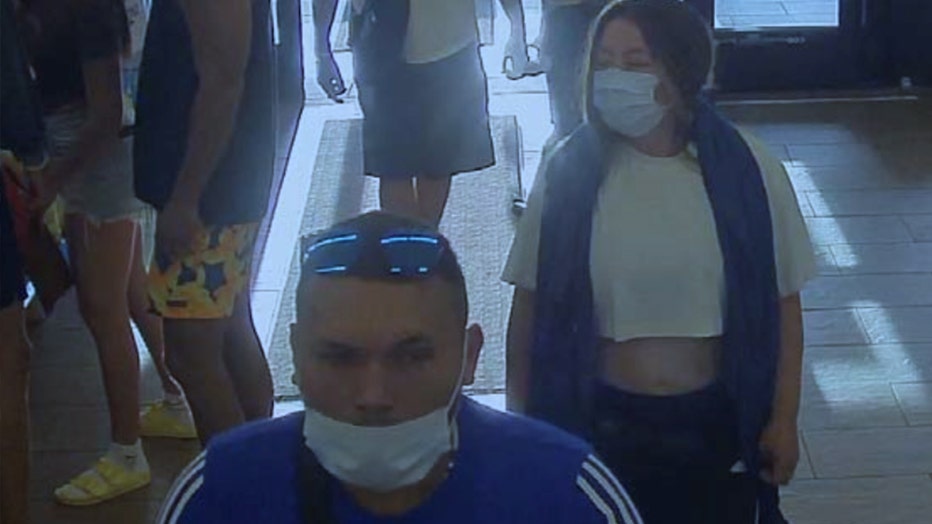 The agency released the following descriptions of each suspect:

Suspect 1: White or Hispanic male, between approximately 30-45 years old, with a medium build, last seen wearing a blue Adidas t-shirt, blue shorts, black shoes, black satchel, sunglasses, and a face mask. The male appears to have tattoos on the back of both of his calves.

The suspect vehicle is possibly a black Chevrolet Cruz. The model year could be between 2011 and 2014. Detectives said it could be a 2013 Chevrolet Malibu. The license plate number is not known at this time. 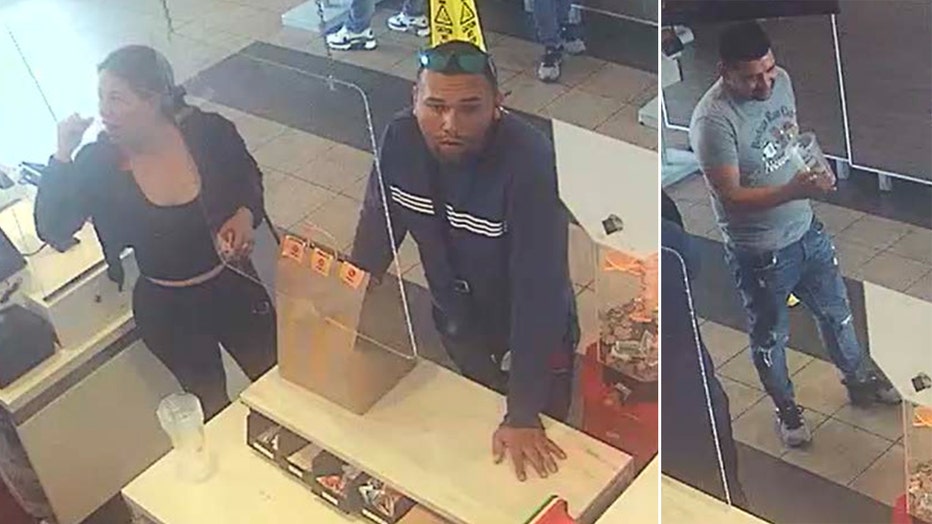 If you recognize any of these suspects or know their whereabouts, you are asked to call the Hillsborough County Sheriff's Office at 813-247-8200.