TAMPA, Fla. - Sixteen men have been arrested and charged following an undercover sex-sting operation in Hillsborough County. Among them is 30-year-old Melvin Rosa-Vierra. He allegedly thought he was chatting online with a 15-year-old girl for sex. Instead, the Hillsborough Sheriff said he was speaking to an undercover detective.

“To make matters even worse, Melvin Rosa Vierra is a member of the US Army Reserve,” the sheriff pointed out.
Operation-Small Talk, as it was dubbed, was a three-day-sting in which detectives posed as underage girls online. The sheriff described the men’s behavior as “lacking human decency” and “disgusting.”

“Six of the 16 men attempted to meet that fake teen in person, and in some cases, they had adult products with them in anticipation of having sex with that child,” Sheriff Chad Chronister said. “As a parent myself, this activity crushes me to my core,” he added. 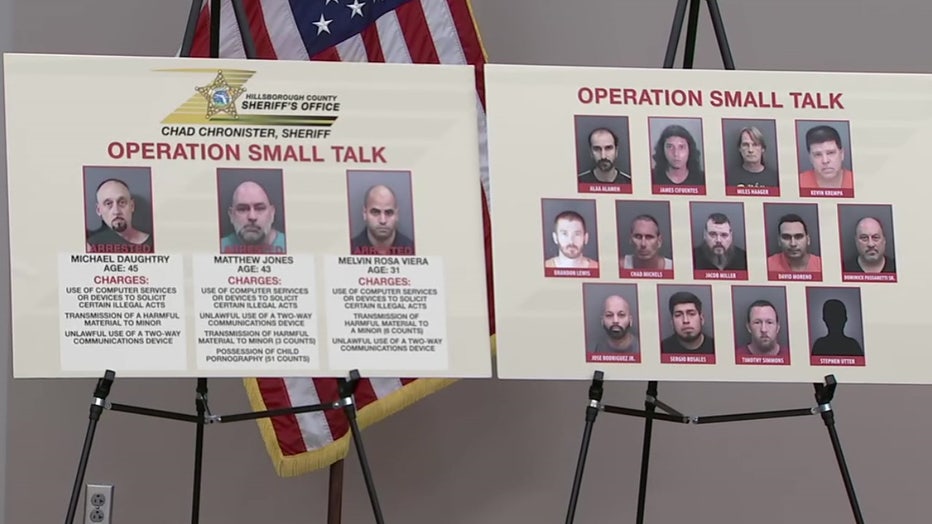 Florida Attorney General Ashely Moody joined the sheriff and used today’s announcement, in part, to hit back against those who want to defund the police.

“It is because of these law enforcement heroes we can track down these monsters preying on our children,” Moody said. “Proactive policing, taking predators like this off the street requires funding,” she said.

Together the 16 men face a slew of felony charges some of which carry a penalty of up to 15 years in prison.