The life of Andrew Joseph III is honored on Tampa Riverwalk

TAMPA, Fla. - The Andrew Joseph Foundation teamed up with the Restorative Justice Coalition Sunday, July 12, 2020, to unveil a granite paver on the Tampa Riverwalk to honor Andrew Joseph III's life.

He was killed on February 7, 2014, when he was hit by a car and killed trying to cross a highway near the fairgrounds.

According to a lawsuit that was filed in federal court, deputies from the Hillsborough County Sheriff's Office detained Joseph, 14, at their fairgrounds; saying officers kicked him and dozens of other teens off the property.  The lawsuit says Joseph was negligently detained and deputies left him by himself when he was let go and did not notify his parents.  He tried to cross the highway to go back to the fairgrounds, and that's when he was struck by the car. 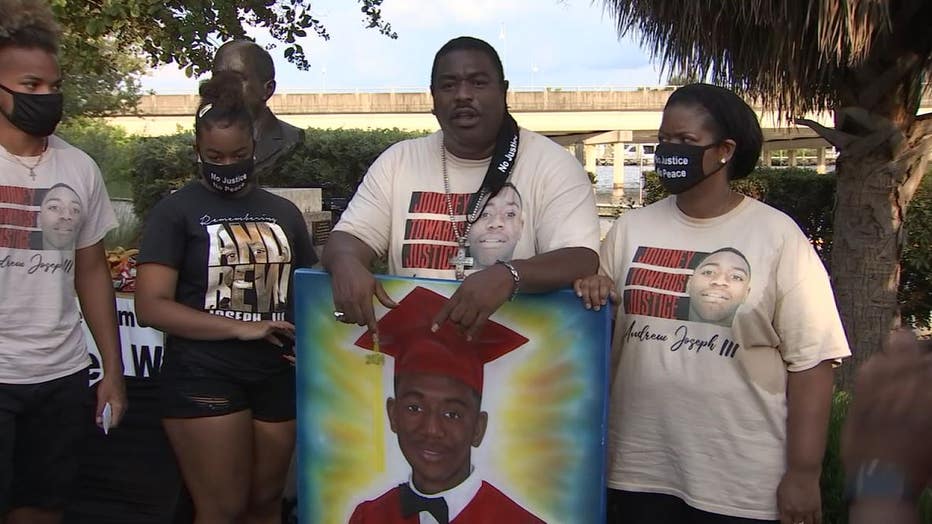 "This is a 14-year-old child, a human being, he deserved the respect and the transparency, and the accountability of a human being," said the boy's father during Sunday's unveiling ceremony.

The granite paver is located on the River Walk near the Columbia Cafe and the Tampa Bay History Center.