The adult dogs and puppies were seized in September after they were found living in filth.

"[It's] what would be considered a puppy mill," said Scott Trebatoski, Hillsborough County Director of Pet Resources. "Overcrowded living, peeing, pooping, everything in the same location, and no physical people contact."

County officials voted to increase adoption fees for the rescued dogs to deter people from re-selling them for profit. Adoptions from the Animal Resource Center cost around $125 or less. Puppies from the group of seized dogs will cost $450, and adult dogs will be adopted out for $300. 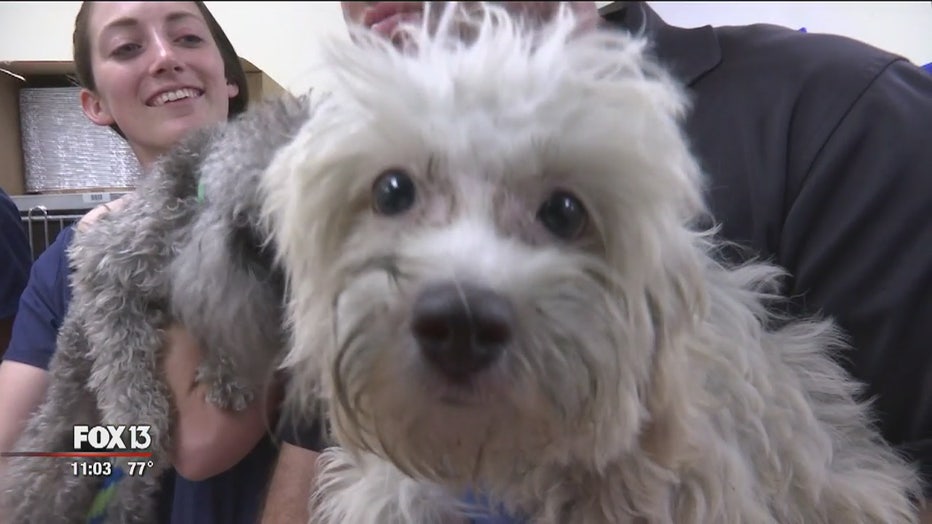 Officials are making thorough checks across the board of potential adopters.

When they fill that application out, we can get a copy of that because we want to go back in our system and go behind in our system and make sure that we check for any open citations, any record that they were a part of the animal abuse registry," said Pet Resources Coordinator, Lauryn Postiglione.

Natacha White and her daughter Kayla were the first in line Sunday morning. White told FOX 13 that she and her daughter waited for more than eight hours -- and said paying the increased fee is worth it to offer a rescue dog a loving home. 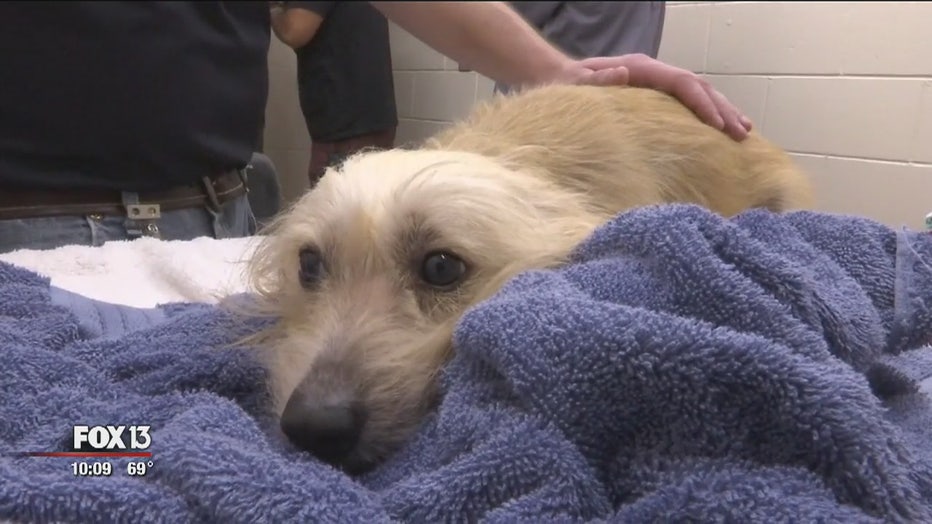 "When you know you're doing something from the heart things like that just don't matter to you," White said.

Applicants arrived at the All People's Life Center by the car-full Sunday to hand in applications. In just 1 hour, officials counted over 550 applications -- and expected hundreds more to be turned in by the end of the day. They accepted them until 5 p.m.

If chosen, the individual who applied will get the chance to meet and choose their forever friend. Families should receive notification by phone or email starting Monday.