TAMPA, Fla. - Hundreds of Southwest flights have been canceled nationwide and now many passengers are beginning to question the airline's explanation.

At Tampa International Airport, the line at the Southwest ticket counter was long on Sunday morning as hundreds of people attempted to figure out how to get to their destination following their canceled flights.

Like thousands of others, BJ Romero woke up Sunday morning preparing to fly out of TPA on Southwest only to learn mere hours before his scheduled departure time that his Southwest flight was canceled. The next available flight out with the airline to his destination is not until Wednesday.

"I have two kids. I have appointments. I have work. I can’t miss work. I have people relying on me, so I have to be home. That’s not going to work for me," said Romero who was attempting to get home to DC. 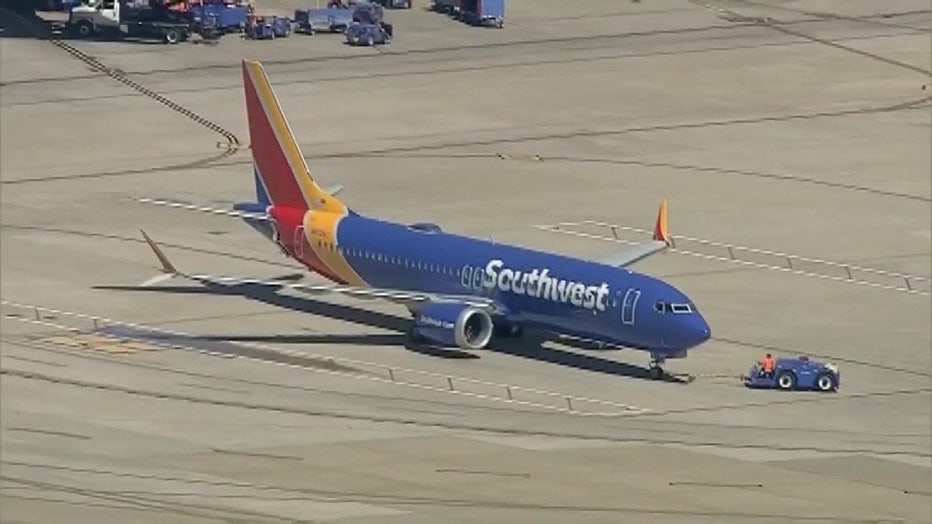 As of Sunday morning, Southwest had canceled more than 1,000 flights nationwide, with over 40 canceled at Tampa International Airport.

In a statement released by the airline on Saturday, they said cancelations and delays were due to "ATC issues and disruptive weather." But many passengers aren’t buying it.

"That sounds like baloney to me," commented Romero. "The weather is fine in all connecting areas, there’s no bad weather. There’s got to be something behind the scenes they’re not telling us."

READ As Spirit Airlines cancels more flights, know your rights as a passenger

Passengers told FOX 13 that some local Southwest employees had a slightly different explanation, telling travelers at TPA that some cancellations had to do with staff shortages. FOX 13 reached out to Southwest, specifically asking them about staff shortages, but they responded with the same statement they issued on Saturday.

For the second day in a row, thousands of airline passengers are stranded nationwide after Southwest canceled hundreds of flights.

As passengers wait for answers, many are now stranded, unable to afford last-minute flights out on different airlines.

"Somebody needs to do something about this because this isn’t right," added Romero.

In a statement, the FAA said," No FAA air traffic staffing shortages have been reported since Friday. Flight delays and cancellations occurred for a few hours Friday afternoon due to widespread severe weather, military training and limited staffing in one area of the Jacksonville Air Route Traffic Control Center. Some airlines continue to experience scheduling challenges due to aircraft and crews being out of place. Please contact the airlines for details about current flight schedules."

The history of Tampa International Airport

The history of Tampa International Airport has some twists and turns, and remains ahead of its time.