VFW Post 4321 in Hyde Park got some much needed repairs and a fresh coat of paint Wednesday morning.

TAMPA, Fla. - 'Serving those who served' is the slogan for Habit for Humanity's veterans initiative. That mantra was on full display Wednesday morning as the nonprofit teamed up with volunteers from MacDill Air Force Base to make much-needed improvements to Hyde Park's VFW post.

According to Habitat for Humanity of Hillsborough County, VFW Post 4321 has been serving local war veterans for seven decades. In recent years, it has primarily served those who have been deployed to Iraq and Afghanistan. The post stands as the closest VFW to MacDill AFB.

During Habitat's Veterans Week of Service Project, volunteers spent hours painting both the exterior and interior of the building in addition to landscaping the facility. According to members, the post was in need of refreshed interior painting to help aid the transition to a smoke-free environment.

“The Post members had already planned to paint, but with the help of Habitat for Humanity, we can use the money we would have spent on paint, minor repairs and landscaping to better assist our local combat veterans and their families so that we can continue to support them for another 70+ years at this location,” a spokesperson for the VFW said in an announcement to FOX 13.

Volunteers included active duty men and women from MacDill, along with veterans and staff from Regents Bank which sponsored the project. 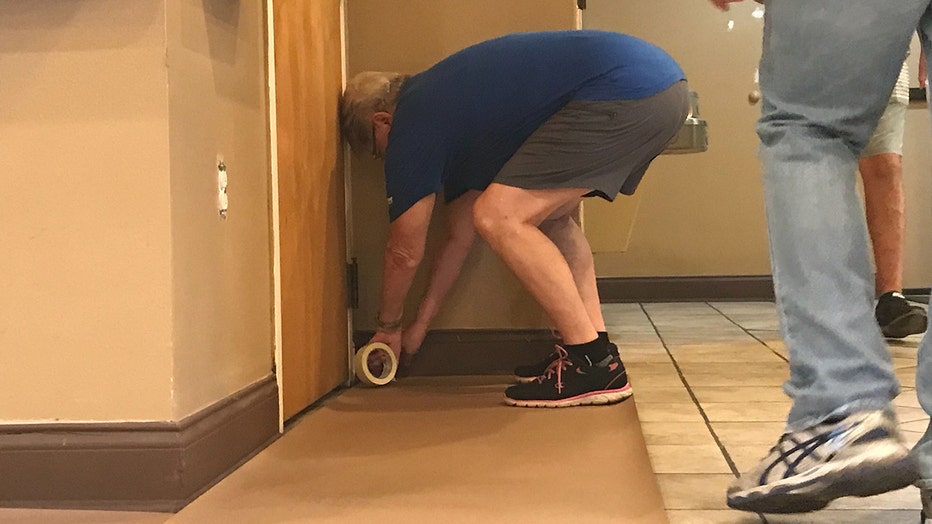 In the early 2000s, the building burned to the ground after a power pole fell on it, but members said the fire did not stop them from continuing to hold meetings and operate their canteen on the site during the rebuild.

“Those who have been to our Post before know we are much more than merely a meeting place,” the VFW spokesperson said. “We are a smaller post, but we’re a big family. The majority of our leadership are veterans who served in Iraq or Afghanistan, but we still have some of the older vets to help support us and for who we look to for guidance. It is certainly a second home and a first family for a lot of us who go there.”

Additionally, volunteers with Habitat for Humanity of Hillsborough County will spend the week making a difference for seven local veteran homeowners in need of home repairs. Veterans Week of Service is described as “a home preservation service week and a call to action for volunteers and philanthropists looking to offer a helping hand to limited-income veteran homeowners in our community in need of home maintenance services.”

This home preservation event also focuses on increasing awareness of the challenges many veterans face in obtaining decent, stable shelter for themselves and their families and the affordable homeownership opportunities and services Habitat for Humanity offers through its Veterans Initiative program.