TAMPA, Fla. - On August 11, 2014, Erin Robinson, in a fit of jealous rage, set out to settle the score over inappropriate comments made to his girlfriend, according to Hillsborough County prosecutor Kirsten Nyquist.

The comments were made earlier that day at a Circle K store in Wimauma. Prosecutors say Robinson showed up at Ortiz's home and beat him to death.

"The defendant went looking for a fight, he was angry," said Nyquist.

When Hillsborough Circuit Judge Samantha Ward requested her court bailiff to bring the jury in Monday, it was the first time that had been said in seven long months at the Hillsborough courthouse.

"Raul Ortiz comes out of his house, takes his shirt off and throws it on a chair. Raul Ortiz hits Erin Robinson before Mr. Robinson ever lays a finger on Raul Ortiz," said Dunker.

The prosecution's star witness, Kimberly Boyett said she saw something else. Boyett lives across from Ortiz and was there as punches started flying.

Boyett said Ortiz was on the ground, taking a beating. When it was over, Boyett said Robinson looked over at her and told her to keep quiet or else.

"He said, 'You didn't see me. I know where you live,'" recalled Boyett.

But during cross-examination, Dunker punched holes in Boyett's testimony, telling the jury the witness made inconsistent statements in the past. 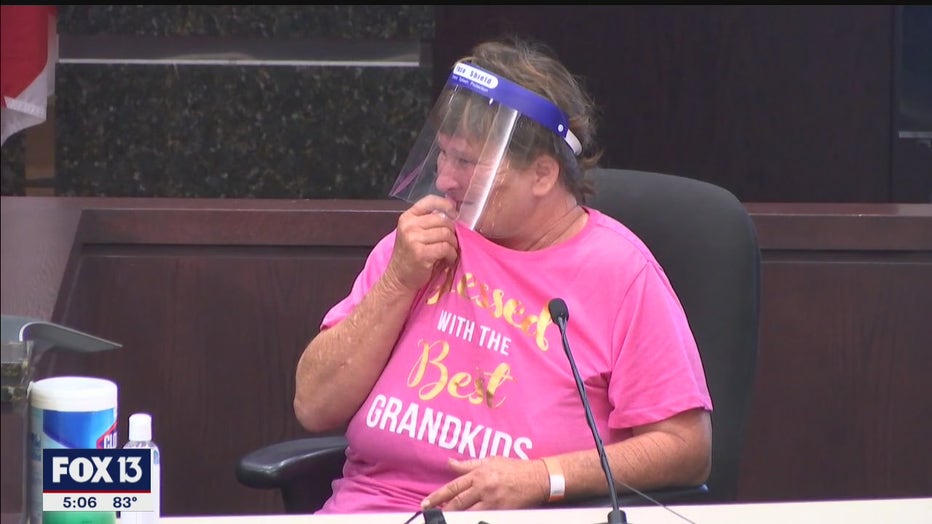 Witness Kimberly Boyette breaks down on the stand

The questioning was too much for Boyett who broke down on the stand and wanted a break. Judge Samantha Ward excused the jury and then questioned Boyett.

"I don't know," Boyett replied, as she wiped away tears.

Robinson faces several charges that include first-degree murder, tampering with a witness, and burglary.