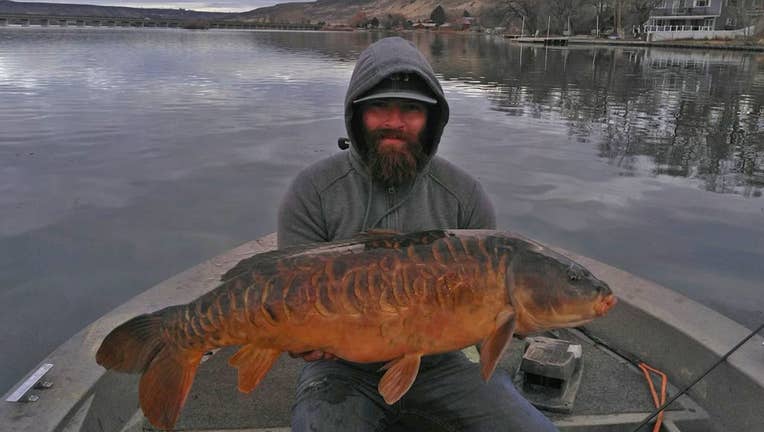 Alex Veenstra reeled in a 30-pound, 4-ounce mirror carp measuring in at 36 inches. (Idaho Department of Fish and Game)

Another fishing record is sneaking in before the year ends.

Due to the pandemic and the resulting shutdowns, many states have seen a higher than average number of anglers this year. And, even as the weather gets colder, people are still out on lakes, reeling in record-breaking fish.

Alex Veenstra set a new rod-and-reel state record in Idaho on Dec. 20, according to a press release from the Idaho Department of Fish and Game. The angler reeled in a 30-pound, 4-ounce mirror carp measuring in at 36 inches.

According to the press release, Veenstra’s catch bested the previous record by 10 pounds. That record had only been set in September of this year.

Veenstra caught the record-breaker on Snake River, near the Upper Salmon Dam. The angler reportedly pulled in the carp while using crankbait.

This is not the only fishing record set this month in Idaho. Fox News previously reported that Jordan Rodriguez caught a 20-inch trout that was officially weighed at 2.27 pounds.

"With winter finally here, you might have thought we were done with new record fish for a while. Nope, not yet," the Idaho Department of Fish and Game said in a release.

According to the IDFG, mirror carp gets its name from its large, mirrorlike scales. The fish is more common in Europe, where they reportedly grow to over 60 pounds. The species is not native to the Idaho area, but instead were introduced in the area.

Rodriguez, of Meridian, caught his prize while doing some winter fishing at Grasmere Reservoir on Dec. 12.