LARGO, Fla. - An investigator for Pinellas County’s Construction Licensing Board is behind bars after detectives said she used her position to bribe and retaliate against several builders and property owners.

Investigators said Wagner developed an inappropriate business relationship with St. Pete contractors Chris Thompson and Rachel Debrakins, who own Credence Construction. In exchange for performing work on her properties, detectives said Wagner looked the other way when Credence used unlicensed contractors and even retaliated against those who made complaints against the company. 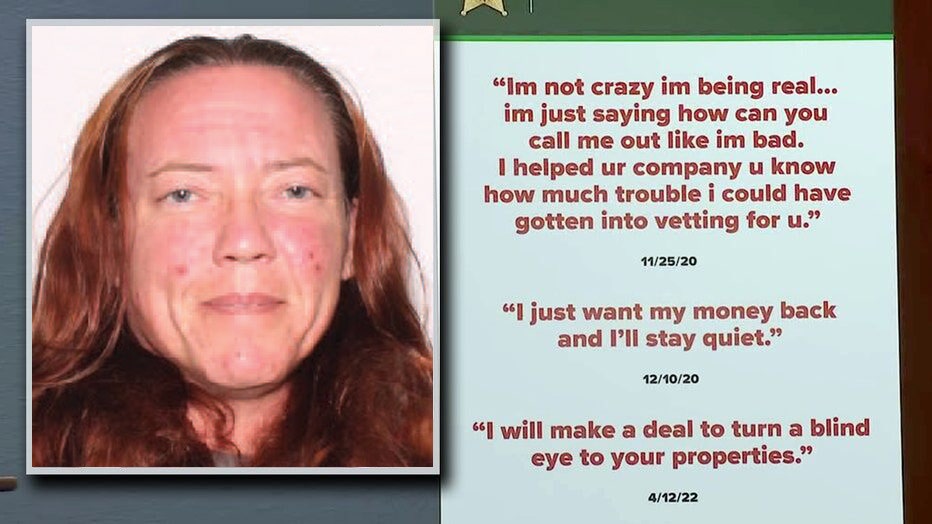 The relationship unraveled, detectives said, when Wagner discovered Thompson and Debrakins stood to make a large profit on a home she'd agreed to sell them. According to the sheriff's office, Wagner offered to sell what was essentially a tear-down to Credence for $115,000. The company worked to completely renovate the North Kenwood home and in April listed the three-bedroom, two-bathroom house for $749,000. When Wagner saw the listing price, according to detectives, she began to make some big demands.

"Wagner lost her mind. She became irate because of the advertised sale price, and she had leverage because the still held the deed to the house that had never been executed," said Gualtieri.

According to Sheriff Gualtieri, Wagner demanded Credence pay her $350,000, or she would not sign over the deed.  Detectives said Wagner sent a series of text messages to Thompson, where in she "corruptly incentivized" him to pay her in exchange for special treatment.

"I will make a deal and turn a blind eye to your properties," detectives said Wagner wrote to Thompson.

Based on her previous retaliatory acts, detectives said Thompson believed that if he did not pay Wagner the additional amount that she was seeking, she would retaliate against Credence Construction.

Instead of paying her off, Thompson called his lawyer, who reached out to law enforcement. After a five-week investigation Gualtieri said they had more than enough evidence to make an arrest.

The investigation into Wagner is ongoing. Gualtieri said this likely wasn't an isolated incident.

"This does not sound to me like this is the first time she ever did this," said Gualtieri. "Looking at the text messages, the tone of the messages, and just how cavalier she is about it, I think she got very relaxed in what she was doing."

If anyone has information about Wagner engaging in any other similar conduct, contact Detective Jason Evarts in the Economic Crimes Unit at 727-582-6243.