"When you are up in the air looking down in the water you can see the difference in color. That's why we are here, looking to see if we can document any of the algae blooms that one could expect from that much nutrients in the bay," said Clark.

Peter Clark is the president of Tampa Bay Watch. For the last two weeks, he's kept an eye on the bay. Approximately 215 million gallons of water mixed with nutrients was discharged into Tampa Bay from Piney Point. It happened as a containment pond at the old phosphate plant was on the verge of collapsing. Two weeks ago the discharges stopped.

"This is one of the principal areas where you might see a significant amount of impacts in the future," said Clark.

Areas of concern include Bishop Harbor and Cockroach Bay. Both are known for their seagrass beds that play a vital role in the ecosystem. 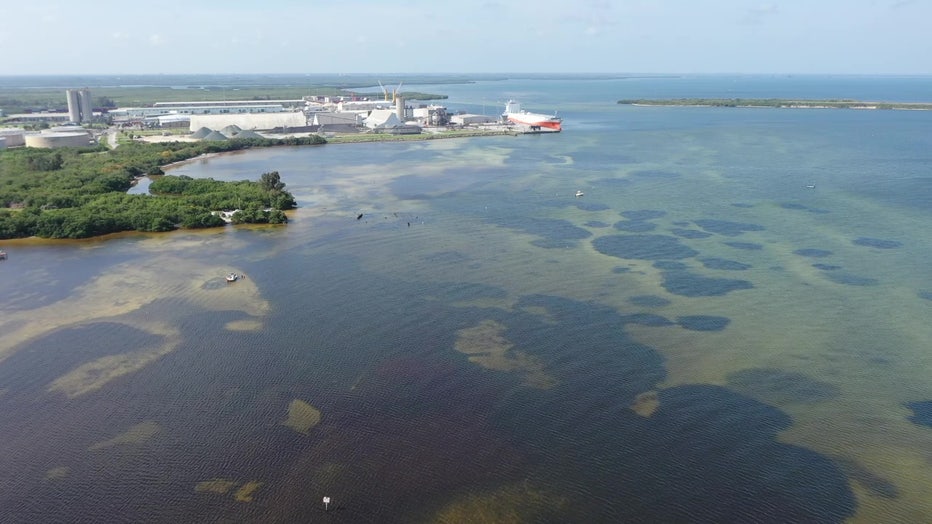 "Seagrass really drives the health and the recovery of the Tampa Bay estuary. We’ve seen some of the largest numbers of seagrass beds occurring back in the Tampa Bay estuary almost back to 1950s levels. That progress we’ve been able to achieve we really want to move that forward," Clark explained.

Red tide makes its way back to Florida beaches

"What happens when macroalgae explodes in numbers, it covers and buries the seagrass beds that are out there. Seagrass is what really drives the health of the Tampa Bay estuary," said Clark.

The DEP said bloom conditions have been observed near the area of discharge. To date, results have ranged from non-detect to trace levels of cyanotoxins. It could take months to see impacts. While discharges have stopped, for now, Tampa Bay Watch hopes it stays that way. 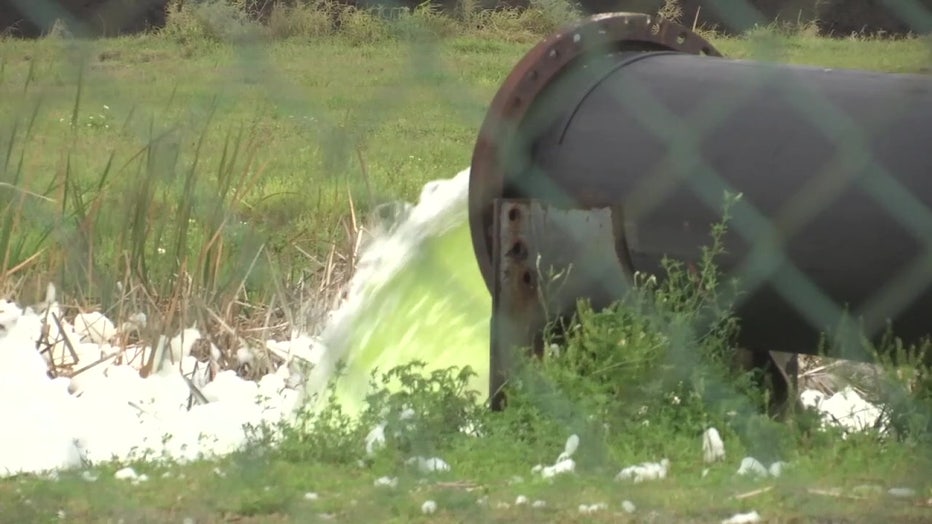 READ What is Piney Point? A history of the former phosphate plant

"As we start to go down the road and into the summer months, the bay will heat up. Other nutrients will enter into the bay. It’s really up to all of us to see and continue to look to monitor the conditions to make sure we continue to move forward with the recovery of the bay," Clark explained.